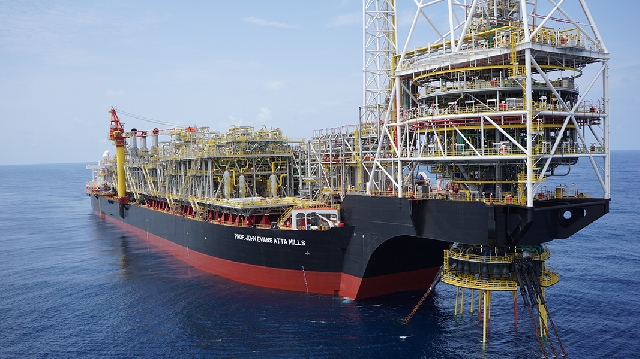 The Institute for Energy Security’s (IES) study of the petroleum industry reveals that the natural gas sub-sector is rapidly becoming a fiscal burden to the country due to poor energy strategies, and delays in building the necessary and relevant infrastructure to off-take the processed domestic gas.

The government’s poor handling of the gas sub-sector is greatly contributing to the rising energy sector debt while threatening the sustainability of the entire energy industry. Moreover, increasing debts in the energy sector is placing an additional fiscal challenge on the Ghanaian economy.

While records from the Public Interest and Accountability Committee (PIAC), the Ministry of Finance (MoF), and the Petroleum Commission (PC) show that country’s petroleum industry continued to attract investments into exploration and producing fields, leading to increases in natural gas production volumes; the bottlenecks created in off-take of same is leading to cost to the country.

In 2020, gas production from the Jubilee, the Tweneboah-Enyera-Ntomme (TEN) and the Sankofa-Gye-Nyame (SGN) fields increased significantly by approximately 60 per cent over the volume produced for 2019, the highest recorded since 2010, according to data from the Petroleum Commission. The cumulative raw gas production (associated and non-associated gas) for the first half (H1) of 2020 stood at 116,373.39 million standard cubic (MMscf) and expected to reach close to 240,000 MMscf at the end of 2020.

PIAC’s report indicates that raw gas exported to Ghana National Gas Company (GNGC) from the three producing fields (SGN) fields during the period was 41,314 MMscf, partly due to a 60.5 per cent increase in gas production over H1 2019. Ironically, the exported gas represented just 35.5 per cent of produced gas compared to reinjected gas of 59,101 MMscf, constituting 50.8 per cent of produced gas. The total gas flared during the first half of 2020 was also recorded as 9,600 MMscf, representing 8.2 per cent of the total gas produced.

This shows re-injected and flared gas as constituting a significant portion of the total gas produced from the three fields. It is therefore clear that the country has failed to make optimal use of its natural gas resource, hence the excess. In 2019 for instance, it is on record that the volume of gas utilised by power generators and industries was just 82,125 MMscf (225 MMscf/d), compared to 169,509 MMscf of associated and non-associated gas produced in 2019.

Until the issue with excess natural gas is addressed, the GNPC would continue to be financially exposed due to the take-or-play clauses in gas contracts. In 2019, the GNPC had to pay a whopping US$168 million for gas unutilised. The attending revenue losses being borne by the GNPC will negatively affect its goal of becoming a stand-alone operator.

The government must as a matter of urgency, stimulate relevant gas infrastructural projects to resolve the issue of unutilised domestic natural gas. Beyond the use of natural gas by power generators, the commodity must be made more accessible to industries by building relevant infrastructure. There must be a radical shift of government’s priorities in the gas sub-sector, going back to the fundamental analysis of the strategic issues to address the demand-supply imbalances.

To the extent that the sector is fast becoming a fiscal risk that places Ghana at a further fiscal disadvantage, a policy shift is crucial.