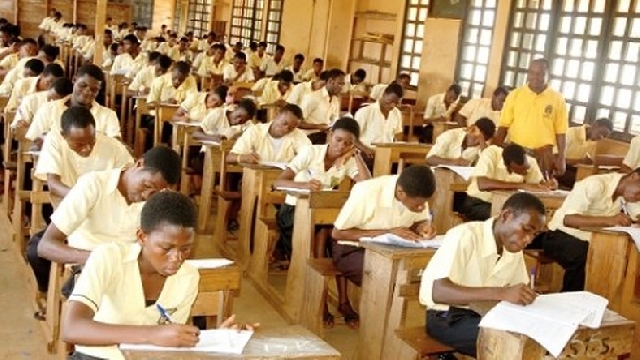 There are several videos circulating online where some WASSCE candidates are seen insulting, vandalizing and misbehaving because they were not able to write Integrated Science paper as they wanted to.

It is even alleged that students at Tweneboah Kodua SHS paid the teachers to help them during the exams but unfortunately for them the headmaster who did not get some of the money was strict.

They decided to demonstrate and even refuse to write the next paper.  It took the intervention of the DCE for the area to calm the students and convince them to write the exams. The actions of the students are making me wonder if indeed the state should continue to use the country’s resources to sponsor SHS students.

How can you decide not to write exams because the headmaster is too strict after the government spent millions of cedis paying your school fees and procuring past questions as well to help you better prepare for the exams?

What hurts me the most is when an SHS student called President Akufo-Addo who is old enough to be his grandfather names, literally insulted him on camera because no question from the past questions booklet was featured in the final paper. How could they lazily think that the ministry of education was going to repeat all the questions in the past questions so they reproduce exactly what they have ‘chewed’.

The past question booklets were to guide them in preparing for the exams. Mind you the past questions were procured before the outbreak of COVID in Africa, which later forced the government to set ‘Ghana exams’ for final year students. Had not been COVID, they would have been writing the same papers with their counterparts in Gambia, Nigeria and others.

What kind of 21st-century students are we raising, if they feel the best way to voice their concerns, if there is even in this context is to insult and cause mayhem? These videos are scary. They are scary because it is a reflection of our future and if this is what our future looks like, then it is really ugly.

The SHS Class of 2020 is a special batch of students. The batch is a campaign promise, delivered. The free SHS policy has been Nana’s Addo’s mantra since 2008 when he fought hard to become Ghana’s president. His campaign message amongst others was centred on this policy. After losing the 2008 elections, he did not stop there, he went on to preach the same policy in 2012 but lost again. Then came 2016, this time around Ghanaians may have been too tired of hearing the same message over and over again so he was given the chance to lead the country.

To the surprise of many, he implemented the policy in his first term amidst huge criticism. Some wondered the rush in the implementation, others asked the government to allow parents who can afford to pay. But he did not pay heed to the calls. All he wanted was to get all the students in school regardless. The policy brought its own challenges, the facilities in the schools were not enough so he went ahead to introduce the double-track system. For President Akuffo Addo to have gone through these challenges to ensure that students are put in school and receive these insults from the very people he defied all odds to sponsor their education with state resources is very appalling.

We have all been students before, written exams before, failed sometimes and passed other times. Dear Akuffo Addo graduates, you may be a special batch of students but you are not too special not to fail exams when you do not prepare well for them. That is life; if you fail, you do not blame anyone for it. Put your acts together and get the various papers done. We cannot waste our resources on such behaviour.