How the AfCFTA could create millions of African millionaires 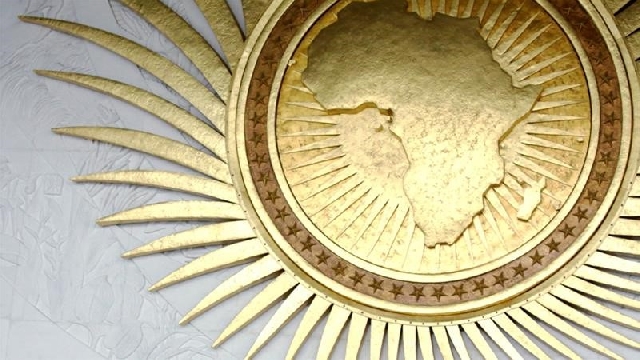 AfCFTA headquarters is in Ghana

Speaking of millions of millionaires, I am not tone-deaf to the billions of people currently suffering from the harsh economic effects of this pandemic. I am merely recognising the fact that I can almost confidently say that you reading this article right now is into some form of “business”, or at least you have seriously thought of it. Looking at the current times, who hasn’t?

This pandemic has transformed everyone into businesspeople. Selling at a slightly higher price than you buy is the simplest form of “business” that a lot of people are looking to do to make up for lost income. The technical word for that is TRADE. Everyone’s a trader now. From selling facemasks to peddling mansions at “giveaway prices”, everybody seems hot.

There’s massive interest now in generating alternative income now. Even the well-educated and well-to-do are adopting the hustler’s attitude. That’s a great thing! It is the recognition of this fact, coupled with the pan-African side of me that lead me to say that if people come to understand the utility of an African Continental Free Trade Area, they will make millions of it!

Of course, the complexities of setting up the African Continental Free Trade Area (AfCFTA) is largely understated if you go by what you’ll read in this article. All things get quickly complicated in the geopolitical landscape. AfCFTA presents the idea of creating an infrastructure to support intra-African trade and economic collaboration. This article is about the glorification of that idea, and will say nothing about the efficacy of its execution. So don’t shoot the messenger.

It’s really hard not to support the idea of being able to seamlessly trade next door as opposed to overseas. Initiatives like AfCFTA identify the need to promote entrepreneurial capitalism within Africa as an escape from suffering. If properly marketed and if information dissemination efforts prove effective, I can see how many Africans will transform into business tycoons, in time.

Let’s take a look at China. China has become the country with the most number of millionaires, with 4.4 million millionaires. When I first read about this late last year, I wondered how a communist country can rake up such a statistic. If we will all admit, the word “communist” doesn’t readily ginger up sentiments of individual riches. But as the facts currently stand, 100 million Chinese citizens make up the top 10% of the richest people in the world.

THINK ABOUT IT: even a communist country like China must release a big enough dose of capitalism to fuel their campaign of being a powerful world market economy. Supply and demand has always been simple to understand but without the supporting infrastructure, you end up having an Africa that has all the supply but she exports way too much out of the continent when the demand can be met within ourselves, evidenced by importing way too much as well.

Take Salt for example. The Ghana Export Promotion Council (GEPC) once identified Salt as important for the diversification of Ghana’s economy. One of the biggest purchaser of Salt is our friend Nigeria. Nigeria imports almost all of its Salt from Brazil. Ghana and Senegal together produce about 350,000 tonnes of Salt annually, and can do much more. If you want an oversimplification of AfCFTA, then see it as the scenario where Ghana can sell this Salt to Nigeria with very little wahala from import tariffs and border issues. As the mantra suggests, it’s to create a One African Market.

My work with Agricultural Commodities Trading has indeed highlighted the fact that there are many people in Ghana, Ivory Coast, Burkina Faso, Nigeria and many other African countries that are operating with significant amounts of working capital but have very little grasp of basic concepts that are necessary for effective trading, like turnover and costing. But trading is how Africa thrives. Trading come naturally to us; it’s in our nature. Even without a strong grasp of the basic concepts aforementioned, millions of Africans continue to thrive doing business and possess skills that cannot be taught in classrooms.

This is why it will not be enough for our leaders to have a political agreement and call it a win. Like earlier stated, nothing is simple in geopolitics. But to businessmen, life has to be straightforward and towards one goal: profit. With the current spike in the interest of people to become entrepreneurs, the size of our prospective “Private Sector” just ballooned. For AfCFTA to be a certified hit, the people of the private sector need to be actively engaged because their level of involvement would indicate the efficacy of the initiative.

That is why it is important to have headlines like “How the African Continental Free Trade Area (AfCFTA) could create millions of African Millionaires.” I don’t think Ama the Instagram slayqueen is aware that the crochet top she’s pushing on Facebook to Ghanaians has 50 million potential customers in Nigeria that she can very easily sell to when AfCFTA is implemented. Public education on AfCFTA and support for the initiative is important.

Granted, the mention of “open market” brings with it the usual concerns but these concerns with AfCFTA have been seen before. Towards the end of the 1980’s, when the European Commission needed to convince member states and their citizens to accept their Single Market Programme, it was not an easy task. There were some countries that were concerned about opening up their markets, not too unlike Nigeria’s brief hesitation to join AfCFTA.

To curb the fears and concerns for the Single Market Programme, Researchers in Europe published in 1988 what would later become “The Cecchini Report”, a detailed research into the cost of “Non-Europe”, putting a value on what’s actually at stake. This Report opened the eyes of critics and became the foundation and intellectual debate for a united Europe in commerce, paving the way for the Single Market Program being implemented on January 1st, 1993.

You can make the case of increased competition from open markets dampening the chances of local markets to thrive, but a cup half empty is always half full as well. Open markets have bigger market sizes and thus create a greater chance of easy expansion and wealth acquisition for many people.

It is now ever more critical that the implementation of the African Continental Free Trade Area (AfCFTA) is expedited. COVID-19 continues to shrink the projected GDP’s of African countries. The fall in global demand would mean an accompanying drop in the export of African commodities to foreign markets. Exploring intra-African trade should be a no-brainer at this point.

With an expedited AfCFTA implementation should come a clear path to the smooth import and export of the very necessary medical and pharmaceutical products, along with food and agricultural commodities as well. The pandemic has delayed the scheduled commencement of trade, previously scheduled for July 1st 2020. Seeing how COVID-19 looks to worsen Africa’s economic standing, AfCFTA just might be the timely solution, during and after this pandemic is beaten.

You always hear about the American Dream, of how Oprah started with nothing and rose to icon status, raking in billions in the process; of how Obama started from community work in his neighbourhood to President of the United States of America. The American Dream basically dictates that if you walk a path in America, the horizon is your limit because nothing is impossible for all; if you can sell a hundred, you can sell a billion.

That is what I see the African Continental Free Trade Area (AfCFTA) doing, a sort of African Dream for the inherently capitalist inhabitants of our beautiful continent.

THINK ABOUT IT: Equal Opportunity is what powers the American Dream and gives it that lustre and pizzazz. Understand that the moment a service or trade is exportable intra-country, AfCFTA increases your easy-access target market to the total collective of member states intra-Continent. So yes, Ama’s crochet top could reach Rwanda as easily as it would reach Tamale. The moment she can sell 100 a month and her product gets validated, the sky is the limit, Africa becomes her playground.

Extend this to that man or woman you know who is a businessman or woman. Understand that the reason why a hot product in Atlanta, Georgia sells very well in San Francisco, California is because they are one people. I mean, it’s a global village but Winter Trench Coats won’t do very well at this side of the village. In contrast I am fairly confident that Kenyan and Nigerian products won’t deviate much from Ghanaian needs.

It’s safe to say that all private sector companies began as entrepreneurial ventures, even global corporations. AfCFTA will create the platform for entrepreneurial ventures to springboard across borders. When entrepreneurial growth gets catalysed in this fashion, it obviously means profits. Profits for our efforts is what poverty alleviation is about. Most times, poverty doesn’t occur because there’s no effort by the poor to eradicate it; often times it means those efforts do not get remunerated enough to break the chains.

When we think AfCFTA, let’s not leave it to the big guys alone. They know how to utilise it. They were and are being heavily consulted every step of the way. But once the road gets paved, once the path is clear, take it! Read on it! Research! Because an open African Market means anything you do can blow up to the big leagues any day.

AfCFTA will come with companies and start-ups that will be there solely to help you along the way. It happens with every ecosystem like this; it breeds facilitator systems. Initially it gets confusing because no one has all the answers. Before you know it, it’s all seamless. Don’t get bogged down in the details now, not yet. Concentrate on your side of things, your mind, your drive, your readiness to explore and grow. AfCFTA is coming and when it’s done, will you be one of Africa’s newly-minted millionaires?

Hit me up on social media and let’s keep the conversation going! I read all the feedback you send me on LinkedIn, Twitter, Instagram and Facebook.

Go to bit.ly/maxwrites to read all my previous articles.

Also, feel free to send me your articles on relevant topics for publication on the Macroeconomic Bulletin. I’d give you full credit, an intro, and an outro. Kindly make it about 1000 words.

Have a lovely week!