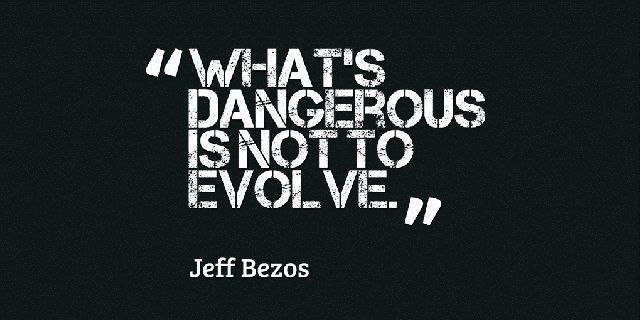 Its dangerous not to evolve

MSMEs are less robust and more vulnerable to fluctuations in the national economy than big companies. COVID-19 has revealed that the state of world economies can sway any moment. This is the time SMEs need to tactically shift a few gears around and evolve with the ongoing changes or risk the eventual death of their businesses. We have recently seen a reconstruction of how we interact with our financial institutions and how they interact with us. It has seen the rise of FinTechs in the nation and National Digitisation efforts. The rules are changing everywhere. Things are still evolving.

It’s time for MSME’s to evolve or get left behind. Like the popular meme says: Improvise, Adapt, Overcome! I’m just adding the unspoken but apparent “OR SUFFER!”.

The recent sector reconstructions have been about defining “bottlenecks”.

A bottleneck, in general terms, is simply a situation that limits a process or activity from progressing. So if you prepare a glass of tea with just tea and water while aiming for a certain tea: water ratio, then whichever of these ingredients that finishes first as you aim to maintain this ratio is your bottleneck. The bottleneck ingredient limits the making of the kind of tea you like.

The minimum capital for banks was initially pegged, then it was later scaled up to. That’s the tightening of a bottleneck, to limit the activities of certain banks from progressing, and for good reason. It’s to ensure that, for the next stage of banking activities, financial institutions play in their weight class.

Think of a sieve, with adjustable holes. If you tighten the holes, fewer grains will fall through. If you loosen it, the sieving process progresses faster. And we are going to see some tightening and losing of bottlenecks all over the different areas of the vast economy, like I realised with the passing of the New Companies Act. This act loosened a couple of bottlenecks, like previously sticking with the category of businesses stated in the initial filing. It also tightened others, like what qualifies one to be a company secretary.

I don’t think there’s a definition of a Medium Small to Medium Enterprise (MSME) that is accepted worldwide. The definitions I were able to dig up clearly show that it depends on who is defining it and from where they are defining it. If a person from one sector defined MSMEs today, he would define it differently if he changed sectors.

MSMEs are usually characterised by the number employees, their capital, and sales turnover. MSME classification by size is a very good way to go about it because everyone can utilize this easy and simple method, but each sector would still come to different results.

A company of one size would be considered small in a sector where the market is huge with many competitors. This same company would be considered as big in a sector with generally smaller companies or fewer players. So MSME definition is a matter of perspective. Government Agencies usually prefer classification through number of employees, even though recently many governments have opted to classify using their turnover.

The role of SMEs in national development

It is generally acknowledged that MSMEs are a powerful engine for a country's economic advancement and work creation. MSMEs have the capacity to fuel economic growth because they readily explore new opportunities that lead to new jobs and by so doing, they extend Ghana’s tax base, while being a major driver for innovation with an endless supply of ideas and relevant skills.

The creation of new companies is a significant indicator of a good, economic atmosphere that enables enterprising activities. The majority of big companies started out as MSMEs and the number of MSMEs far outnumber any others. MSME’s also employ a lot more people, yet their full potential remains remarkably untapped for many reasons.

Small to Medium Enterprises (MSMEs) all over the world have similar characteristics and so face similar obstacles. Cultural, societal, legal and other institutional differences change the understanding and the approach to fixing these issues in each country.

One previously stated problem facing MSMEs is the increased vulnerability to economic fluctuations that typically would not affect the larger companies. Uncertainty with present situations because of the core “hustling” nature of MSMEs also stifles most of the long-term planning and strategic innovation.

MSMEs are unable to cushion against even the regular risks that come with growth and expansion. Insurance cover, for instance, will seem like luxury when your operating capital can all be sucked up with one good order from one good client.

The most common MSME issues have to do with inadequate access to funds, taxation, problems with workforce, lack of coordination and inefficient internal communication mechanisms or irregular information exchange.

What can be done for MSMEs.

All I want for Christmas is a PUBLIC CREDIT RATING SYSTEM.

The creation of credit-rating agencies will greatly propel MSMEs that are building credibility and only need a good chance. It’s a self-explicable concept. My wife is obsessed with her credit score in the UK because of all the goodies that good credit brings. A ratings system like that which encompasses MSMEs could be the springboard that shoots forward the capable MSMEs earlier than they would have been. Ghana wins in the end.

Could asset-based financing be the answer? It’s not new. It tends to get messy but without a credit rating, without a reputation or long record and most times without even audited books, what can be done?

Some banks are making strides in aiding MSMEs to reach their full potential… and also, of course, calling dibs on the potential today-thousandnaire-tomorrow-millionaire MSME owners out there.

Barclays I know has some attractive MSME programs out there that aids many business owners. Zenith bank is also very responsive to the peculiar ecosystem that is ‘running an MSME’. There are others. Do a little research and give them a ring.

So MSMEs, you’re not alone! Help is out there.

Demonstrate your potential and demand to be noticed. This economy now has redefined bottlenecks. Do not be the bad grain. Restructure your thinking and your actions to go with what has been happening now, or risk being unadaptable with the current economic settings. Facilities like invoice discounting are easy to understand and easy to set up if you have the right parts… so get the right parts! Know what’s new and what’s faded; do your research. Utilise the free consultations our institutions offer. You are not alone! Help is out there. Improvise, Adapt, Overcome, EVOLVE!

Hit me up on social media and let’s keep the conversation going! I read all the feedback you send me on LinkedIn, Twitter, Instagram and Facebook.

Go to bit.ly/maxwrites to read all my previous articles.

Have a lovely week!