Owning a farm: the fashion and the function 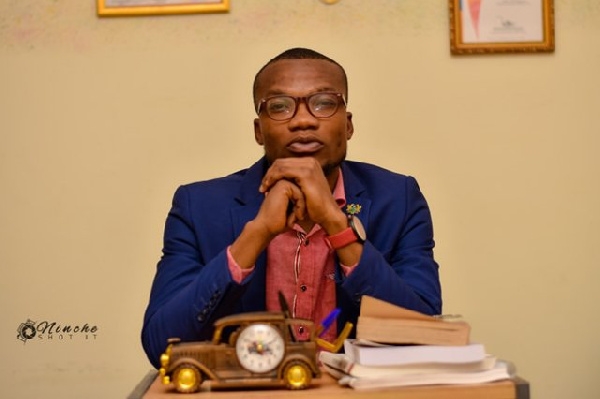 Before her demise somewhere last two years, my grandmother lived like she had returned from the dead to live a second time. She lived so long, perhaps just to fulfil her purpose of taking care of my grandfather and to see her two favourite grandchildren go to the city to continue their education.

Oomele, as I called her, owned a farm, a maize farm, one of the biggest and popular in a community a few miles away. This farm made her perhaps the breadwinner to our extended maternal family and to some neighbours. Everyone in that compound House and beyond depended on her farm produce especially during the Homowo celebrations in August and Christmas in December. She was not only a master cook in the staple meal of the Gas called Kpokpoi for which she would practically hijack the centre space of the compound and showoff with her cooking pot, colander, palm oil, traditional stove with burning firewood and her staggering self going up and down; she was also matchless in rising very early to go to the farm and prepare the corn for home.

Proverbially, if there worms in stock, she, who could have been the early bird would have been the only fat person in my family before her demise. Everyone had to obey her ordinance lest you starved, even her stubborn children like my mother dared not to disobey her. But what even gave her so much power was the fact that some of her children who lived in the cities brought her all the Christmas goodies you could ever think of, she had the cakes in abundance, the maggi shrimps and saltpetres in doubles and the utensils in sets.

I was a favourite, occasionally benefiting from the coins from the tip of her knotted cloth.

But there was one thing about me she didn’t like, despite the youthful energy I exuded in bullying my older sister, I watched her go to the farm alone without offering to help. She would call a relative from the town to accompany her when there was a load to be carried to or fro the farm.

On the other hand, I didn’t see anything wrong with that at my age, I felt I was too feeble to walk those miles, and my only help would be to pick the utensils and to slaughter the fowl upon her return in readiness of her usual tasty dishes.

But during a stage of my life she insisted I joined in this voyage to feeding the family, I joined in going to the farm, staying on the scorching sun and sometimes under the tree-sheds to appreciate the process of tilling the land.

It was at this stage, I understood owning a farm was not fashion, rather a function. Grandmother’s purpose of owning that piece of land and dedicating it to farming, was primarily to feed the family first, save some expenses during the festivities and the yuletide, so I rarely saw her sell the produce. She rather parcelled them and sent me on those irritating errands to her twin sisters’ home uptown to deliver as a sign for her care.

History tells us one fundamental mistake committed by our ancestry and chiefs, was to kowtow to the colonial pressures to switch from farming for the family to farming for the global market. And by doing this, we supplied the developed democracies at our expense. We lost many revenues and identities in the form of low values for our raw materials and our now penchant taste for foreign goods (respectively), the same produce we could cultivate and process on our home soils.

Today, the campaign for the purchase and consumption of local rice could have been augmented if every household owned or sponsored a farm of rice either in the village or at a backyard with requisite farming conditions. Purchasing from local producers is fantastic an idea to create more jobs and to give value for local markets but imagine the revenue which one could save at the family level now that times are hard if all year round a family that loves rice spends close to nothing in getting their favourite meal on the table? We have learned rice takes four to five months to reach maturity depending on the type.

According to figures, the Agric sector employed about 33.86 per cent in 2018. Recent figures indicate the average growth in the sector was 2.2 per cent and 3.1 per cent in the first and second quarters of 2019 respectively. Our population, on the other hand, swells at a rate of 2.19 % every year. The basic observation to note here is that the expansion occurs from the base - the family, hence, every effort channelled there would be proactive, a controllable means of saving the macro output and outlook.

Also sooner than anticipated, the campaign to own a farm or venture into Agric is taking a trendy outlook than the purpose people like my grandmother would ascribe to such possessions. It’s now fashionable to own a piece of land in the village with people taking care of the farming whilst you are here in the city driving the finest of cars or hustling the days off.

It is now exciting to hear the youth of my generation add to their profile, “a farmer”. Now almost every politician on a profile chat or interview doesn't sign off or get introduced without sharing the “agrarian” aspect of their wealth or journey ( if they had one). Today, watch the facials of any audience who hear that for instance their favourite TV presenter, actor or model, owns a farm; it’s that of a novelty, an awe look and a huge motivation to also own one. Call it celebrity endorsement towards owning a farm or getting into Agric!

I am all out for this trend even though the motivation may be a bit awkward. After all, it serves the same purpose of employing people and feeding a local household in the village aside making your success story a bit more relatable to the average person.

There is always a basic step to addressing the huge deficit at the macro level, and farm owners in the Ghanaian context at the family level come across as one of the practical steps to seeing this dream solution. We see this in the function of owning a farm. Moreso, as traction to getting the youth into farming, is the fashion or trendiness associated with owning a farm no matter once profession.

If it would take the latter to feed the nation and to create more jobs for the teeming youth, let's encourage it.