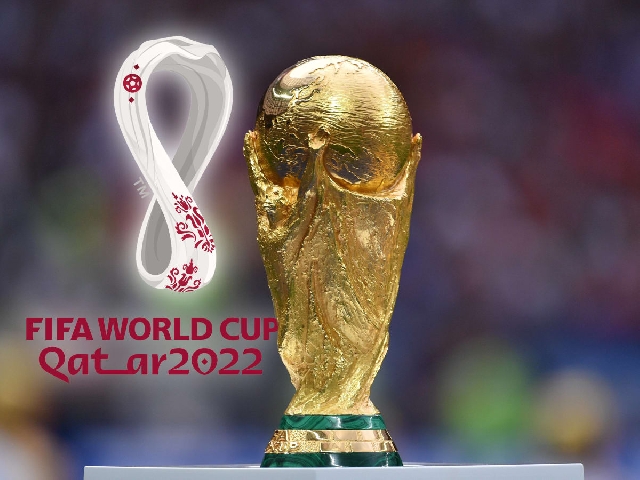 Twelve years ago, the tiny oil rich state of Qatar was given the nod to stage footballs’ most prestigious global fiesta, The World Cup. The Al-Thani Royal Family watched with pride as a young Prince Abdullah Al Thani wooed members of the then 24-man Executive Committee with the promise of hosting the first ever World Cup in the Middle East. Could they pull this off and deliver on the promise they made to host the world twelve years ago?

I left the shores of Ghana and emplaned for the mystery World Cup not really sure what to expect. I had seen loads of amazing architecture on TV but with many a Western country still ‘upset’ at losing out on such a prestigious tournament and literally voicing their disdain at the World Cup going to the tiny Middle East Country, I was desperate to witness the on ground situation rather than focus on the negative narratives.

The first to get my attention was the flight from Accra to Doha. I had never travelled on a Qatar Airways flight and had no idea what to expect. From the professionalism exhibited by their on ground staff till departure, I knew I was in for something special. The attention to detail by the crew, the food and the inflight experience had set a great tone for an amazing trip.

In exactly six hours and forty-eight minutes, we touched down at the iconic Hamad International Airport. It was an airport ‘under siege’. Thousands of fans from all over the world were making their way to the greatest Global Fiesta. Qatar as a state has a very small population and I wondered how the locals were going to cope with such a large influx of numbers. As a state though, they were clearly prepared for this. Everything was so much on point. Arrival formalities was just great. From the team at the various desks to the baggage section, things were just spot on. Was on my way out of the airport in 30 minutes.  I had seen videos of what had been put in place to move the thousands of guests out of the airport to their various destinations around and I have to say that it was great as well.

As I made my way out from the Airport to my Hotel, I couldn’t help but applaud the heavy world Cup branding and facilities all over Doha and beyond. Even a baby would know that a great spectacle was underway. The streets were lit with all kinds of World Cup branding with apartment blocks and Companies not left out of the conversation. They were there. You could feel them. This was the moment to let the world know what they had been doing in the last 12 years. The staff at my Hotel were just as fabulous. Anything to make anyone who dared to dream and believe that such a small state could host the World Cup a reality was in place.

I have only been here for a day but I’ve already fallen in love with the level of professionalism shown by everyone involved in making sure that this world cup stays on the lips of many a fan who has made his way here for the World Cup leave with their own memories.

I may have missed the opening game between Qatar and Ecuador by the time I had touched down in Doha but from what I’ve seen and experienced, I am confident we are in for a special treat from our hosts for the next.

Will keep you up to the speed of all the amazing happenings here.

Kwame Dwomoh-Agyemang is Sports writer and a Communications Lecturer.