The 8th parliament and the national interest 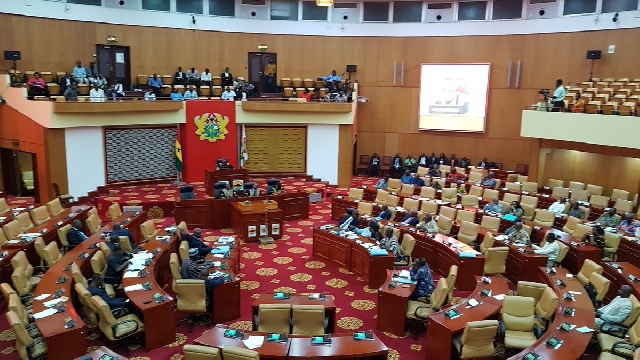 The Parliament of Ghana

Let me open this opinionated piece by first congratulating all elected lawmakers after winning the mandate to represent their constituents in the legislative arm of government, secondly, acknowledged the 7th Parliament for the adoption of the Private Members’ Bill, and thirdly, the courage to select a Speaker of the House against the preferred choice of the yet to be constituted executive. These is a well-meaning feat. I wish each and every one of you an efficacious tenure.

In no flowering language, we all know, the legislature is the bedrock of democracy and the closest arm of government to the people. Legislators are held in a position of trust by the people, and the responsibility is a great one. As members of one of the three arms of government whose role is clearly defined, and that is geared towards safeguarding freedoms and ensuring socio-economic development. No doubt, the deliberate need to prioritize the interest of the people you serve as against personal, caucus or party interest.

It's therefore not startling that the Ghanaian electorate produced a split parliament. I am particularly convinced that it was the handiwork of God to arrest the spirit of arbitrariness, and whimsicality that comes with outright dominance.

To be stronger, members of parliament will need a persistence of a determined efforts to engage the public, in order to make the lawmaking function a more participatory process, so that the Ghanaian people can better understand its role, and see their aspirations reflected in its activities.

It is my considered hope that parliament will enjoin this opportunity of a seemingly hung parliament to make positive impact on our national life by right the wrongs of succeeding governments.

This parliament is indestructible. It is attired with the exclusive opportunity to effect the changes successive Presidents failed to do after winning political power.

Candidate Kufour, JEA Mills of blessed memory, and Akufo-Addo all identified some areas of the constitution to change when voted for. But didn’t garner the political will to do as they promised.

Now, is the time, for parliament to reject ab initio anything with the tints and shades of corruption. This is no time for ‘Agyapa’-like deals etc. The house must assert its power and relevance. Parliament should eclipse any shady deal.

They must explore the opportunities of this hung parliament to change the status-quo, and map a new course for our country. For the uniqueness of this parliament is rare. The opportunities are vast, and needs to be cultivated in the supreme interest of the masses as against the greedy few.

This is the opportune time for parliament to reshape the powers of the President. Rt. Hon, Speaker, Alban Kingsford Sumana Bagbin and the 275 legislators must be willing to save the country. They must muster courage to tap the reset button of our country to restore it to factory settings. It is my considered opinion that they chip away the power to appoint Service Chiefs, Judges, and Electoral Commissioners. The right and power to appoint must be the preserve of the institution’s internal mechanisms.

They have the backing of the Ghanaian people to redesign the salaries and allowances payable, and the facilities, privileges accrued to Article 71 office holders.

In order for the Judiciary to stop the show of shame, parliament must provide timelines for litigation and adjudication of cases.

For instance, if C.I 99 can anticipate and setout duration for hearing an important case like an election petition, then, Parliament must rethink about capping murder trial, Chieftaincy dispute, land litigation, divorce, estate etcetera.  This view takes its root from the case challenging the age of the first Special Prosecutor (Martin A.B.K. Amidu). Suffice to say a simple matter of age determination took the highest Court of our soil three years to decide. Whereas an election petition of about 38,000 polling stations is scheduled to last for ONLY 42 days.

As I type, the same Court is dilly-dallying with the Auditor General’s case. We don’t know when the court will decide to dispose the case off it shelves.

I can’t tally the prejudices of our court system without specially setting aside the unlawful and unconscionable denial of Gregory Afoko bail after a court of competent jurisdiction has said so. How long shall victims of political trials stay in prison/police custody?

It pleases me to invite this hung parliament with one side surviving on the benevolence of the Fomena Lawmaker to enjoy a certain majority nickname, life and oxygen.

It’s my candid suggestion that parliament device a system to check the conduct of men and women on the Bench because every unchecked power is often abused with impunity.

Last but not the least, can Parliament mull over a process to legally overrule the veto and president’s power to assent bills? This may be required when the house has agreed after a long debate, and the President decides to delay and play games with his assent.

I am certain it will take only this Parliament to do these and more if required because before any bill may become law, it must be agreed to by Parliament.

This parliament must not hide its preparedness to overrule the executive where they disagree.

Their ability to undo the foregoing is what we call national interest. National interest is not how well you massage your egos in the house but your agility to prevent evil.

That done, parliamentarians will have a real chance as lawmakers to overcome any negative perception of the legislature’s failure in the popular court of public opinion.

In carrying out constitutional functions, lawmakers must always recognize that the independence of the legislature is non-negotiable. It is an independent and co-equal arm of government. Therefore, it behooves members of the parliament to lead the way in asserting the principle of Separation of Powers, thus ensuring accountability in governance. To achieve that, it is expected that members will carry out their duties in a manner that commands that respect from other arms of government as well as the people they represent.

May God bless and keep you in the morning, afternoon, and in the night!