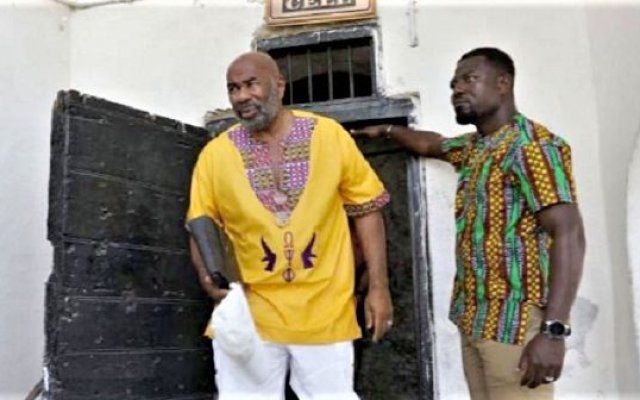 To date, Cape Coast remains one of my favourite local destinations if I need to get away from the grind of the capital for a relaxing weekend.

My first visit there was some 20 odd years ago when I came home from abroad on holiday and decided to fancy myself as a tourist, complete with sunglasses, cap, camera and a bottle of water.

It was love at first sight and I have never looked back on quintessential Oguaa, complete with its Bakano, Kotokuraba Market, Chapel Square and Fetu Afahye.

I believe, verily, that a visit to Cape Coast without visiting the castle is actually sacrilegious.

The giant, imposing edifice captures so much of our political and economic history.

Built by the Swedes originally as a trading post, it was acquired later on by the English and served subsequently as a holding bay for slaves about to be shipped out, and then as the seat of the colonial government.

Of course, one cannot talk about the Cape Coast Castle without talking about the nearby Elmina Castle, especially within the context of the slave trade.

Together, these two castles constitute what I call ‘the twin citadels of the slave trade’, even though I am informed that many more slaves travelled out through Fort William at Anomabo than either of the two.

On my visit to both castles, I tried, vainly, to imagine the emotions of the slaves as they were led out to the waiting ships, knowing that they would never again return to the land of their birth.

Quite understandably, the direct descendants of those who were caught up as slaves and sent to the ‘New World’ feel more emotional when they travel to Ghana and visit either or both castles, because it is a more powerful and visible bridge between their roots and their present.

I have seen quite a number of African-Americans actually weep as they stood in those dank dungeons as I stood dry-eyed but incredibly sad.

I think that the ‘Year of Return, Ghana 2019’ campaign to mark the 400th anniversary of the arrival of the first African slaves in Virginia in 1619 is a fantastic one.

The African-American celebrity Steve Harvey is the latest in a line of celebrities who have visited Ghana in response to the campaign to get people of African descent in particular to visit home.

And the potential returns for this drive are enormous in boosting Ghana as a heritage hotspot, particularly for black people the world over.

Kenya has its game reserves, Mauritius and Seychelles have their pristine beaches, Egypt has its pyramids and we have our castles.

Beyond the foreign exchange

But beyond the much-needed foreign exchange that will flow in with an enhanced image of Ghana as a tourism destination lurks a further benefit.

And that is better relationship between the descendants of those who were taken away — whom the pan-Africanist Horace Campbell calls the Global African Family — and those who remained, known as the Continental Africans.

Especially in the UK and the USA, where these two groups come into contact regularly, some mutual suspicions and disdain exist.

On one hand, some Continental Africans look down on their compatriots as a lost people without a cultural identity, while on the other, some Global African Family members resent the continentals because they believe their ancestors connived with the slave traders to sell their forbears into slavery.

They also feed into a western media narrative of a backward, uncivilised Africa of hunger, poverty and war and look down on the continentals for the same reason.

This is absurd. Black people all over the world, whatever their circumstances, must learn to see themselves through the common denominator, that is Africa.

The Emancipation Day, the Joseph Project and Panafest, among others, have all played and continue to play important roles in driving home the important message of pan-African unity.

With the reintroduction of the History of Ghana into our curriculum, I hope that the slave trade and all its horrors will be given the full treatment.

I also hope schools and families will make a visit to either or both castles a top priority for every child to promote a better understanding of this horrific holocaust.

The two castles are grim monuments bearing evidence of man’s inhumanity to man, and must spur us all to remind ourselves, ‘Never again!!’