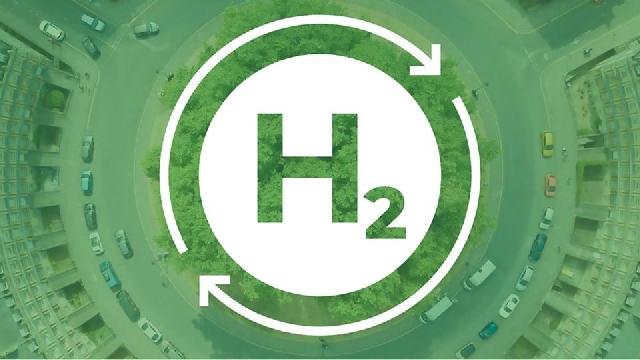 The world is moving into a “Hydrogen economy” led by developed economies, and the pace looks quite fast. In most advanced countries that are looking for ways to recover from the economic damages wrecked by Covid-19, they are setting mid-to-long-term plans with more detailed targets that include hydrogen in several of their economy rebooting policy packages.

At the close of the first quarter of 2021, over 30 countries have released hydrogen roadmaps and more than 200 large-scale projects have been announced along the value chain. The European Union (EU) have already given a strong indication, with the aim of developing 40-gigawatt electrolyser capacity within the regional bloc and another 40 gigawatts of annual hydrogen imports by 2030, while many states in the United States (US) have committed to bold targets for zero-emission vehicles by 2035.

In the new “Green” economy, the approach is to include the use of hydrogen as an energy carrier to store large amounts of surplus renewable energy for long periods of time― and even to export renewable energy to different geographies. The understanding is that “without long-term storage, additional renewable capacity above a certain threshold would not be efficient to build.”

Hydrogen plays a vital role as a storage medium that has both the highest capacity and the longest energy release time. Added benefits include hydrogen being converted efficiently into electricity, and used flexibly for domestic energy supply. The overarching expectation is that hydrogen would play a key role in a future climate-neutral economy, enabling emission-free transport, heating and industrial processes, and aside inter-seasonal energy storage. And so rather than being wasted, renewables’ energy surplus can be used to produce hydrogen from water through a process called electrolysis, which can then be stored, transported and processed for a growing range of applications.

It is for these reasons, that some local communities and regional governments are also introducing hydrogen policies, as triggered by the national funding promises. Others are even more eager now to seek new grounds to stimulate local gross domestic product (GDP) growth.

Hydrogen traditionally sourced from natural gas and coal would continue to play important roles in industries that contribute highly to GDP. However, the shifting dynamics in the global renewable power market is pushing the “Green” hydrogen to the forefront. Already several countries in Europe and Asia hydrogen policies have touched up the significance of “Green” hydrogen to industries such as steel, agriculture, cement, and transportation.

In Ghana, the zero-subsidy renewable energy market and over-capacity power issues could stimulate new demonstrations in that direction. The government is presented with a huge opportunity in stimulating capital spending on new infrastructure, which establishes hydrogen as one of the new energy sectors.

However, the government must first show commitments that it is more serious about renewable energy development.

There have been several attempts by the private sector to explore the country’s untapped potential in renewable energies. Nevertheless, the Government of Ghana has not exuded the needed support for these projects, to make the country a renewable energy hub.

Certainly, it would take the penetration of more renewable energy capacity to open the door for the hydrogen agenda. As a result, there must be clear evidence of the significant number of policies and government-led programs regarding renewable energy.

Looking at the immense benefits such as decarbonisation, competitiveness and economic recovery, to be derived from hydrogen, the country must formally recognize the role of hydrogen in its “national energy and climate plan”.

The falling cost of renewable energy coupled with the EU’s plan to import most of its hydrogen in the future, present a great chance for Ghana to get on the front foot in the Green energy race. After all, Ghana is noted for its rich solar and wind resources.

The time is therefore ripe for Ghana to lay down a national strategy, aimed at accelerating the development of clean hydrogen. The country must have explicit hydrogen-related objectives, choosing areas of focus, be it for transport (such fuel cell vehicles and fuel cell technology), agriculture (fertilizer production), and industry (such as cement and steel).

It would only take a strong policy signal to trigger intense investment and business activity relating to hydrogen in the country.

Giving the right policies, strategies and roadmaps centred on hydrogen, the private sector would cause a hydrogen economy to emerge, with transportation, gas storage, and refuelling stations et cetera serving as the cornerstone. There is also the areas of fuel cell technology development and equipment manufacturing related to green infrastructure building to explore.