We must stop borrowing and start printing money for Africa's development 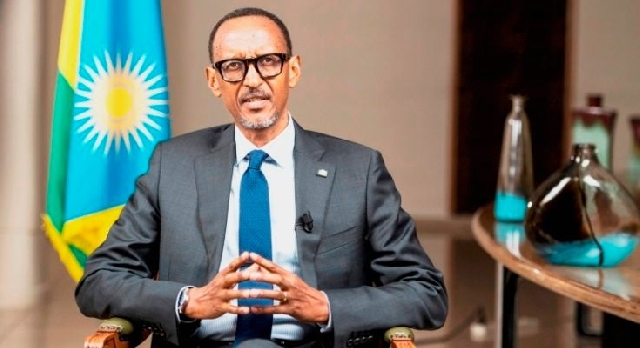 Paul Kagame, President of Rwanda
Does Africa have the need to continuously borrow Money for her today’s survival while creating debt-burden the next generations? The simplest answer that can be given is “it depends”, - but on what?

In conventional economic theories, we are told that when a government prints money, it exposes itself to inflation because there will be more money in the system to chase fewer goods, causing the money to lose its value.

However, if we can think beyond these theories, and accept the fact that these theories were developed by humans; individuals with brain capacities same as ours and we also have the capacity to device alternative models to solve our own problems, then, we can start to ask questions like: How can there be fewer goods in the system if the money printed is used as an incentive for innovation and production rather than serving as an object for demanding goods and services?; what is the central duty of a sovereign government when it prints paper and calls it money?  What are the fundamental differences between monies printed into an economy and those borrowed into the same economy? Questions of these kinds can help us probe deeper to understand the system that controls us better.

To a very large extent, when a government borrows money, it shows the lack of ability and understanding of that government to effectively manage the economy. Unfortunately, the idea of going to another sovereign country to borrow paper (fiat money) instead of using our sovereign status to print money and manage this printed money to support our developmental projects and programs has become the normal and easy way for almost all African countries since attaining independence status.

Why should someone print paper and hand it over to you as money and let you pay back not with the same paper (paper, as used here, means what one has the right to print, in this case, if America prints dollar for us to support our economy, we should be able to print our own currencies to pay back after our economy has become stronger and not to pay back with the dollar which we do not have the right to print and as such, it becomes a value for us), instead, we are required to pay back these paper loans in values, resources, and efforts? I know it is not as simple as I am putting it in this piece, but the truth it is that it is also not as impossible as they make it looks to us.

Before going further, it is important to point out that in an extreme distressing circumstance, a country may borrow money in a 1 or 2 cases (this happened to continental Europe, wherein, after the Second World War when America has to print and loan out money to Europe under the Marshall Plan to help them recover from the total breakdown). However, it is so not normal for a sovereign nation to resort to the borrowing of paper money as a way of life. In fact, no one has borrowed her way into freedom or development.

At this stage, I want to point out, first and foremost that every sovereign state, no matter how small it may be, has the right and authority to print and manage its own money.

Second, I want to state categorically that the act of printing money does NOT result in inflation (that concept is a hoax at least). Rather, it is the mode of management of the printed money that causes inflation or deflation.

For example, if the government of Ghana (insert here the name of any African country of your choice) realises that a region/state needs a road and it estimates the cost of constructing the road to be 50 Billion Ghana Cedis (inset here the currency of your selected African country). If the government goes on to print 50 Billion Ghana Cedis for the purpose of this project and then calls on a Chinese or a European construction agency to construct this road on a condition that 20% of the capital cost is giving to the government or the political party in power as a kick-back, the following is what will happen:

The Chinese or the European company will demand that the payment is made in Chinese Yuan or European Euro. This means the government of Ghana has to place the local currency it has printed on the international financial market to demand Yuan or Euro. When this happens, there will be more Cedi (than it should be) on the market and if there are not equally more customers on the market demanding for Cedi, then this automatically reduce the value or relevance of Cedi, hence drastic or continuous exchange rate depreciation of the Cedi. Once, the company pays the 20% of the capital cost to the government or party in power, it immunes itself of any system of control that is meant to regulate and manage the economy of the said African countries. In this case, the foreign construction company will construct a road with a quality far below what the money it has received should normally construct, it will under-pay local labour if it ever employs one, and it will invade taxes and all other statutory payments. The compositions of these negative actions will weaken the economic management regime of the said country.

Additionally, it is important to consider that the 20% (paid in kickback) which has gone in the hands of the ruling gangs as a mere paper because they have received that without working, or exchanging any value for it. The effect from this is no different from the damage the economy will suffer when a criminal sits in his or her room and print counterfeit and release them in the economy. Yet this money will be cheerful release in our economy through unproductive and abusive channels such as paying for sex of, and rent for ‘slay queens’ and ‘fuck boys’; sponsoring of political hooliganism to destroy lives and properties in our countries, and embarking on expensive holiday trips abroad and showing  offs at public gathering and events.

At the end of all the above scenarios, what will happen is that Ghana has used her sovereign status to print 50 billion in cash/paper but that 50 billion paper has not been properly managed to translate into /create actual wealth in equivalence of 50 billion. This, among many other negative economic consequences will result in inflation (more money in the system chasing fewer goods) because the focus of the money printed was to serve as an object for demand rather than being an incentive to induce production and innovation. It will also result in exchange rate depreciation and damaging of the country’s economic sovereign worth because no one can trust a system managing by ineffective heads.

In the event that 50 Billion is printed to embark on road construction, all that the governments have to do to avoid inflation is to internally manage this printed money to ensure that:

It is fairly and widely distributed It translates into multiples of actual values and wealth in the economy Why is Fair and Widely Distribution of Printed Money Important?

First of all, every member of a society has some potential(s) or value in them which when is encouraged and tapped, will contribute to national development. However, this value cannot just be tapped unless regimes of rewards and recognition are instituted as a modality of exchange for these inherent values in the citizens.

After printing money, the government has a management duty to ensure that the money does not get concentrated in the hands of a few people; rather it must be wisely and widely distributed with an objective to use it as a bait to attract and uncover hidden potentials in citizens for national development.

How can this be done?

Whereas the main objectives of businesses owners will be to maximize profit, the government who has a duty to provide social good must at all times aim at maximizing quality and ensure that standards are strictly adhered to. When this is done, contractors are expected to spend the money received fairly on ‘all’ sectors of the economy to ensure widely and fairly distribution of the money.

For example, by insisting on quality and adherence to standards, the construction of a single road can lead to: increase demand for general logistics; available capital for trading and operations of the banking sector; higher employment and welfare for citizens; and capital returns for government to embark on other project generated through efficient and transparent tax system and many other benefits to the economy.

When the printed money is efficiently managed to inject the above benefits in the economy, the beneficiaries, will subsequently use and reuse the money/the benefits to create multiples of values (far higher than the original value of 50 billion) in the economy, thereby, promoting steady and long-term development of the country.

Will Printing of Money rather than Borrowing be an Easy thing to do by any African Country?

Certainly not, no single African country will find it easy to adopt this strategy; it even seems impossible because, lending to keeping Africa and her future in debt is a big business that helps those who want to keep Africans in an unending slavery use in controlling both the labour and human capital, and natural resources on the continent. By this, any country/leader that makes such an attempt will face strong sabotage, sanction, and likely power instability from the controllers of the system.

Nonetheless, Africa will certainly win, when all or most African countries come together in unity and make this a continental policy. Without, doing this in unity, we must consider it that we are ready to bring our next generation into a new mode of slavery.