Why I weep for Ghana – Nunoo-Mensah 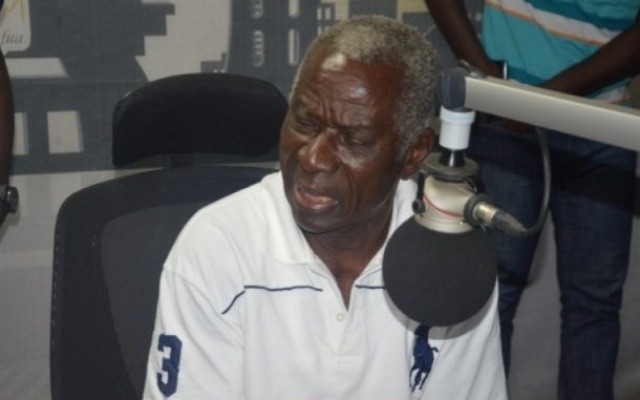 A statement issued to the media by Brigadier-General (rtd) Joseph Nunoo- Mensah, a former Chief of the Defence Staff of the Ghana Armed Forces on the state of our country today.

On arrival, Dr Nkrumah was appointed the General Secretary of the United Gold Coast Convention. Just a year later in 1949, dissatisfied with the progress being made towards political independence, Dr Nkrumah resigned from the UGCC and founded the Convention Peoples Party which gave a new impetus to the political struggle so that by 1951 it had become a dynamic political force in the country.

In 1956 when it became clear the Gold Coast was going to achieve independence from Great Britain the following year, a plebiscite was organized in the British Protectorate of Western Togoland under the auspices of the United Nations for the citizens of the former German territory to decide whether to join the Gold Coast to become an independent country or join Eastern Togoland which was under French rule.

Prior to the unification of the Gold Coast and Western Togoland towards the formation of the new State of Ghana the eastern part of the country and the Northern territories had been largely under-developed; for that reason, young men from these areas found employment in the military and the police service very attractive.

A lot of them were enlisted into the security services and they distinguished themselves remarkably. Many of them were exceptional.  It was not surprising that a number of them rose to occupy some of the top positions in the security services. It is therefore not true as claimed by some of the secessionists that people from those parts of the country were unfairly treated. On the contrary, many of the top positions in the military for example were occupied by them.

When Ghana became independent in March 1957, the CPP Government embarked on a very aggressive and ambitious policy of building our infrastructure which included the construction of a number of industries across the length and breadth of the country. By the time the Nkrumah regime was overthrown in a military coup on 24th February 1966 a number of industries had been established all over the country. The Government set up the Ghana Industrial Holding Corporation which coordinated these industrial activities and ensured that by the time of the coup Ghana was truly becoming a middle-level Industrial country.

However, the coup put an end to all these as successive Governments that followed the CPP regime progressively dismantled all these industries needlessly and ensured the country once again became dependent on foreign imported goods. It is a great shame that after over 63 years of independence and modest industrial growth, Ghana has today become heavily dependent on foreign imported goods including even fresh fruits and vegetables which were hitherto produced locally.

In 1992, after years of military rule the Provisional National Defence Council which had come to power through a military coup under Flt Lt Rawlings decided to return the country to civilian constitutional rule. The 4th Republican Constitution was drawn up and in January 1993 the National Democratic Congress Party assumed power after winning the General Election in December 1992.

Although the New Patriotic Party boycotted Parliament the two political parties have ruled this country for the past twenty-eight years. These long years of political stability have not been rewarded with more socio-economic development as the economy continues to underperform.

Today many thousands of young people who have completed university education and others roam the streets without finding any good-paying jobs to do. As their numbers continue to grow without government finding work for them to do they pose a serious security threat to the political stability of our country.

I have had great admiration for Dr Kwame Nkrumah but when the Preventive Detention Act was passed by parliament and that law subsequently sent many Ghanaians including Dr JB Danquah to prison without trial, even as a young man at the time I was not amused the least. Nevertheless, when those in the opposition party came to power in 1969 following the coup that overthrew the Nkrumah regime in 1966 the Progress Party under Dr KA Busia behaved in similar fashion.

When the Progress Party Government under Dr K A Busia dismissed ignominiously from office and one of them took the matter to court challenging his dismissal the judge ruled in his favour that his dismissal was illegal. The Prime Minister refused to accept the court’s ruling saying that no court could order the Government to employ anyone it did not want to.

Following the violent overthrow of the SMC regime in 1979 by the Armed Forces Revolutionary Council, in September of the same year the AFRC handed power back to the Peoples National Party under Dr Hilla Limann. Barely three months later in November of the same year the Chief of Defence Staff and the Army Commander were dismissed from office. That singular action taken by the government played a major role in the coup of 31st December 1981 that toppled the PNP Government from office.

In the 4th Republic, similar actions have been taken by both the NDC and the NPP administrations that have ruled this country for the past twenty-eight years and no one has raised a finger against such arbitrary actions taken by the Government.

Although in a democracy political power is vested in the people, once politicians are elected into office, they behave as if the Supreme Power of the State is vested in them. They do whatever they choose to do without any reference to the people who elected them into office.

Ladies and gentlemen of the media, today the Central Business District in Accra including Kantamanto and Makola market complex as well as most of the adjoining areas are completely choked making vehicular movement completely impossible. This is the time we should be thinking seriously of opening new markets elsewhere in Accra to reduce the pressure on these crowded shopping areas in the City.

Very luckily for us we have the old Trade Fair site in Labadi which could be developed into a multi-purpose market complex to serve the number of communities to the East of the National Capital including Tema, Nungua, Teshie Labadi, Burma camp etc to reduce the pressure on existing facilities in old Accra. Instead, my information is that the large piece of land at the Old Trade Fair site has either been sold off or is in the process of being sold to some foreign interests to develop it to sell foreign goods in the country.

If this sale went ahead it would be perhaps the greatest tragedy that would have befallen this dear country of ours since the sale of similar landed properties to foreign interests since after the overthrow of Nkrumah regime in Accra. Although the Trade Fair site is being pulled down no one is raising a finger, including the youth of this country who have much to lose if the sale went ahead because the future belongs to them. All legitimate legal means must be taken to stop this sale because it will damage this country for many years to come long after many of us are no more.

Ladies and Gentlemen of the media, as I move gingerly towards 84 years of age I am very much aware that very few military officers live beyond ninety years; the odds are heavily weighed against me that I may not be around for much longer. This is why I worry about the future of our country that unless we change course pretty quickly some disaster will certainly befall this country like many of our sister countries in the sub-region. The embers of the civil strife in Cote d’Ivoire are still smouldering.

Our biggest neighbour Nigeria is beginning to boil again in addition to the troubles with Boko Haram in the North-Eastern part of the country, we need to take note of these events because things that happen in Nigeria very often happens here in this country. Ghana has achieved greatness before in the years immediately before and after independence. Ghanaians excelled in every aspect of human endeavour.

In sports Roy Ankrah (the Black Flash) defeated Ronnie Clayton of England and became the Empire Featherweight Champion in 1951.David Kotei Poison won the World Featherweight crown. In athletics Alice Anum (the baby Jet) and Mike Ahey were dominant on the African Continent. The Black Stars ruled African football defeating Nigeria seven goals to nothing in 1965.

In many other areas of human endeavour, Ghanaians proved that they could compete with the best in the world. All these were possible only because we had political leadership that was committed to the well- being of the average Ghanaian and not concerned with only themselves which is what our politicians are today. Today Ghana is a pale shadow of its former self. We depend heavily on imports for all our needs. This is what makes me weep for this country. God help us.