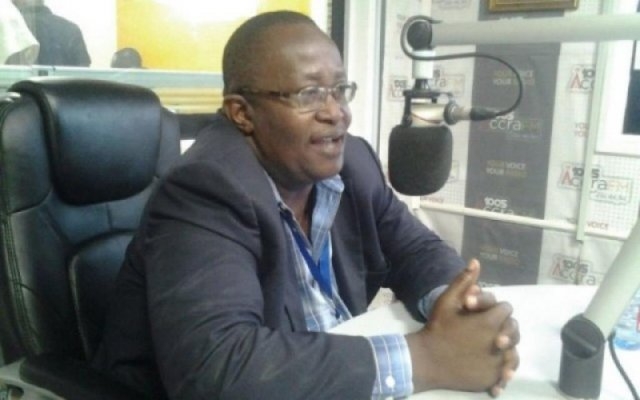 The central government must be blamed for bad roads, not MPs, Mr Issaka Amon Kotei, a local governance expert, has said.

Mr Kotei explained that it was the duty of the central government to make funds and resources available for the construction and reconstruction of roads across the country; therefore, if the government reneges on that responsibility, the citizenry must hold officialdom responsible.

He also said although the Municipal Chief Executive (MCE) forms part of the central government authority, if the finance minister does not disburse money to the assemblies on time, the MCE cannot work effectively.

His comments follow a demonstration staged by angry residents of Pokuase and Mayera in Accra on Tuesday, 13 August 2019 to register their displeasure at the deplorable nature of the roads in the area.

According to the residents, the roads are unmotorable.

The residents say successive governments have failed to fix the Pokuase-Afiaman-Abensu-Mayera-Adusah roads despite numerous promises.

Clad in red attires, the residents blocked the dusty roads with used car tyres and set them ablaze, causing a gridlock.

Speaking on Ghana Yensom on Accra 100.5FM on Monday, 13 August 2019, hosted by Kwabena Prah Jnr (The Don), Mr Kotei noted that some citizens have gained notoriety for blaming MPs and MCEs for bad roads in the country, a situation he described as problematic because MPs, he said, do not construct roads.

“If the government is spending money on its flagship programmes and does not allocate money to the assemblies, the MCE cannot assure the people that in March or on a particular date, the roads will be fixed.

“The MCE is not sitting on the money and, so, he cannot tell when the roads will be reconstructed. The same thing applies to the MP.

“Blaming the MP for bad roads is problematic because the MP cannot do anything if the government does not allocate money. All the MP can do is to make noise in parliament about the problem,” he said.