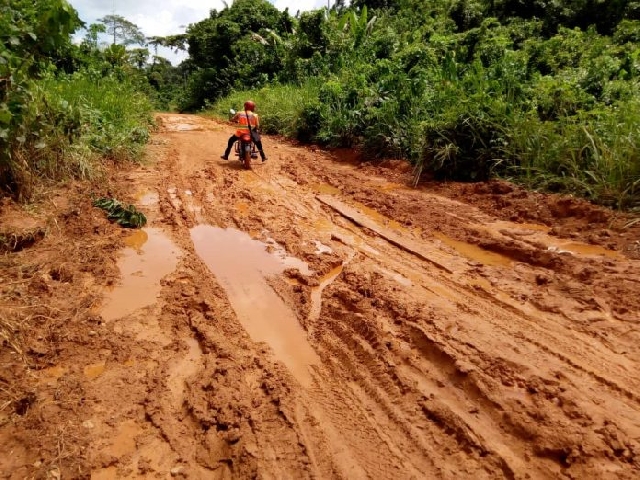 A sample of bad road in Ghana

Some market women at the Nketepa in the Kwahu South municipality of the Eastern region have said they will boycott all market activities in the area if the roads are not fixed.

According to the market women, the bad nature of their roads has led to many of them being robbed and subsequently raped while travelling the said roads.

The market women told Accra 100.5 FM’s Eastern Regional correspondent on the mid-day news on Wednesday, August 10, 2022, that they will have nothing to do with one of the fastest growing markets in the Kwahu South area if the roads leading to Nketepa are not fixed.

The women are stressing that the market is patronized by women from Ashiaman, Accra, Nkawkaw and the surrounding area, especially on market days hence the need for a facelift.

They added that the Assembly has been collecting tolls from the market on every market day yet they see no development.

Also, the women are demanding that a police station be established in the area to protect lives and properties.

They explained that anytime a robbery occurs on the road, the robbers forcibly have sex with two or more women travelling on the buses that ply the route.

The Odikro of Nketepa, Mr. Emmanuel Nana Obeng corroborated the claims of the women and admitted that he has been duly informed about their decision to boycott the market.