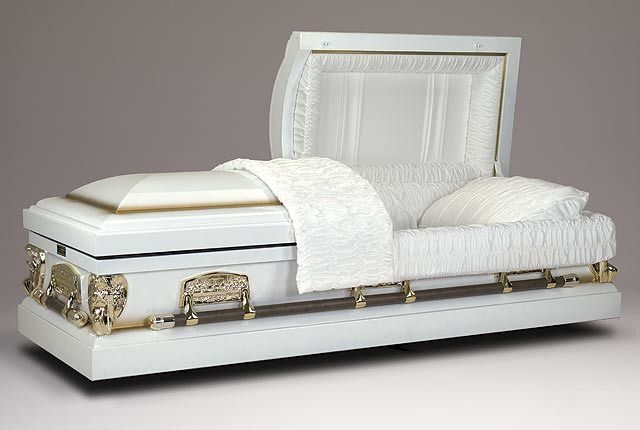 The white coffin is worth GHS2,200

She noted that on 26 February 2021, a male complainant reported to the Korle-Bu police station that “he went to his shop at Ayigbe Town on the same day, where he displays coffins for sale” only to find that one of his coffins was missing.

“The carpenter found out that one of his coffins, white colour, valued at GHS2,200.00 was stolen”.

According to her, the complainant, “acting on a tip-off, traced it to Korle Woko, Accra, and realised that a fellow carpenter, George, stole and sold it to a bereaved family for a burial ceremony”.

“The police proceeded to Korle Woko and found the coffin beside the deceased who was laid in state and about to be buried.

“The deceased family understood and returned the coffin to the complainant,” she further explained.

The suspect, George Amoah, has since been in custody assisting with investigations.