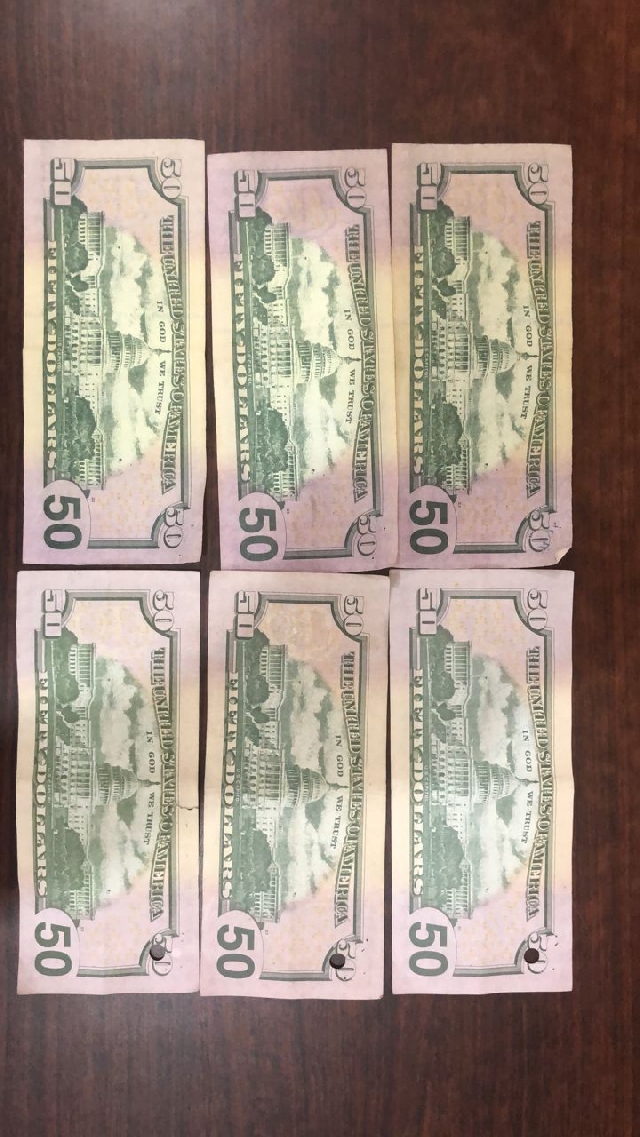 On 24th September 2021, the police received a complaint that two suspects driving a Ford pickup truck with registration number GE 9217-12 went to a shop at Tuba, a suburb of Accra, and purchased electrical cables and other items valued at GHS16,550.00 and paid for them with the dollar equivalent of USD2,600.

However, the dollar bills were suspected to be fake.

The police then launched a probe into the matter.

On 22 October 2021 at about 2:00 pm, the suspects were intercepted around Tuba and arrested.

An investigation confirmed their identities.

The police unravelled that the real name of one of the suspects, Philip Chorkson, is Francis Londiz.

Also, a search conducted in their place of abode led to the retrieval of items including deep freezers, air conditioners, TV sets, 39 gallons Of engine oil, bags of rice, tomato paste, electrical cables, 2 laptops, boxes of nails, gas cylinders, fake US dollar notes, new head pans, frozen fish and chicken and other products in large quantities suspected to be proceeds of their fraudulent engagements.

The police has extended an invitation to members of the general public, especially persons who have fallen victim to such crime, to come forward to help identify the suspects and volunteer useful information to reveal the remaining aspects of fraudulent operations perpetrated by the two suspects.

The information can be channelled through the Weija Divisional Police Command, the Accra Regional Police CID and the Public Affairs Unit of the police in Accra.