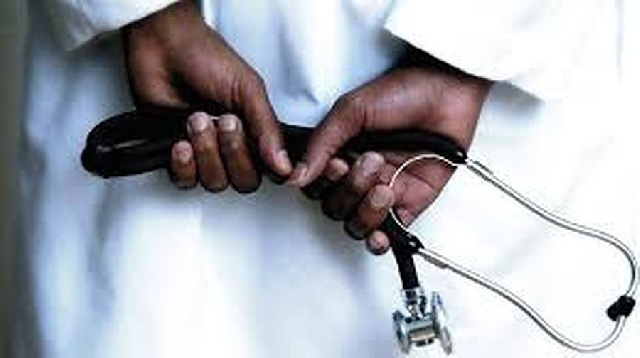 An alleged quack doctor and his daughter have been arrested

The Assin Adadientem police command in the Central Region has arrested a 56-year-old alleged quack doctor, identified as Samuel Odartei.

A police situational report indicated that the suspect was arrested on 23 June 2021 at 9:30 am when a team from the Complaints and Investigative Unit of the Ghana Medical and Dental Council – Accra, joined the Assin Adadientem police command, and acted upon information volunteered concerning the activities of the quack doctor.

The suspect had been practising from his residence at Assin Adadientem No. 2, in a designated structure and serving people in the town and surrounding villages over the years.

The team, upon arrival, chanced upon the suspect’s 30-year-old daughter, Alberta Lanuekor, wearing a pair of gloves and busily dressing a patient's wound while other patients waited to be attended to.

The team videoed the scene, arrested the lady and took her to the police station.

A variety of surgical items including prescriptive and over-the-counter medicines were found at the scene.

Both suspects are in police custody assisting with the investigation.

The police has advised the general public to seek proper medical care from licensed medical practitioners.