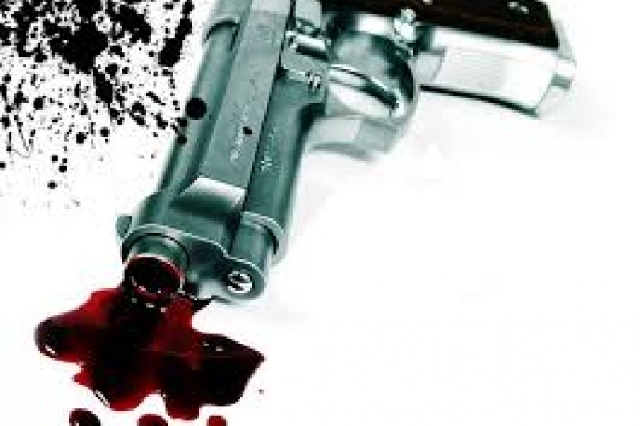 The robbers shot a man in a robbery attack

Agona Swedru Police has received information of an armed robbery attack on sand winners at Gomoa Manso, a suburb of Agona Swedru in the Central region.

Police proceeded to the scene and found a man, aged about 26, wearing grey jeans and a red Shirt, dead, behind the steering wheel of the pay-loader machine.

The body was inspected and there was a deep gunshot wound on his right chin.

Enquiries at the scene indicated that the deceased, identified as Kwame Abeiku, was the operator of the wheel loader machine working at Gomoa Manso sand wining site.

They were attacked by three armed men with short barrel gun and a lady on their way back.

The alleged robbers shot and killed the loader operator instantly. They robbed other occupants of unspecified amount of money and escaped through the bush.

The body of the deceased has been deposited at Swedru Municipal Hospital Mortuary for preservation and autopsy.

The Police is currently investigating the case.