Cops bust 340 Nigerians after their chief told Accra100.5FM they’re behind 60% of Kasoa crimes 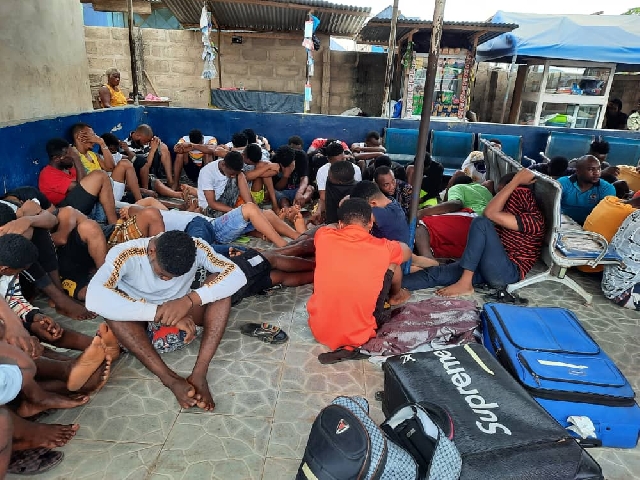 The suspected criminals, including five women, were arrested in a special swoop, dubbed “Operation Storm Kasoa”, as part of measures to clamp down on criminal activities in Kasoa and its environs.

The suspects, mostly Nigerian, were busted for various alleged offences. 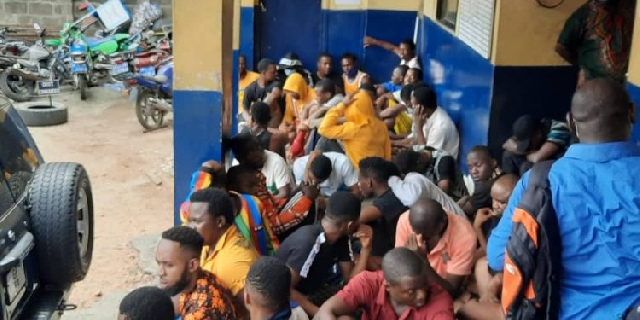 Over 245 laptops, 142 assorted mobile phones and six Nigerian passports were retrieved from the suspects during the operation.

Nine of the suspects were found with substances suspected to be Indian hemp in their possession. 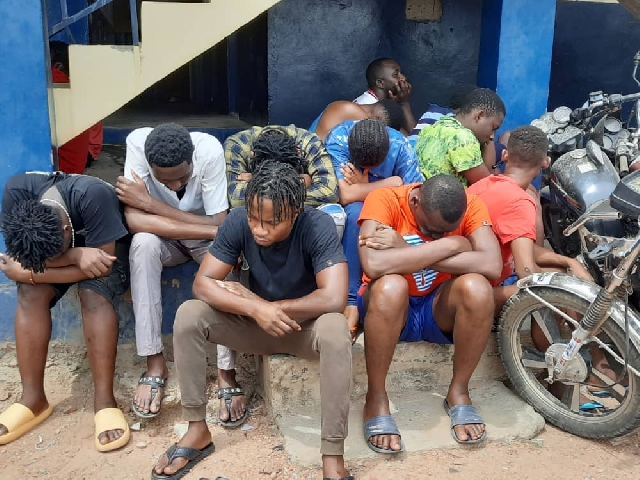 The suspects were arrested in areas such as Budumburam camp, Kasoa CP, Adade, Akweley and Ofaakor.

The suspects are expected to be screened and those found culpable put before court. 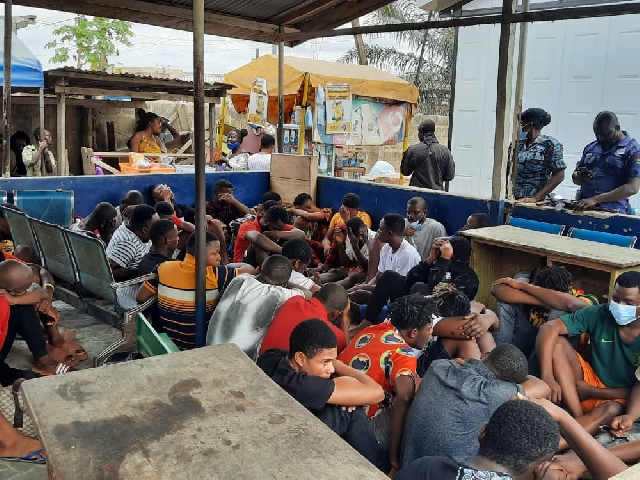 A few days ago, the chief of the Nigerian community in Kasoa, Nana Kessington Oledo, asked the police and other security agencies not to relent in their fight against suspected Nigerian criminals.

Speaking at Accra100.5FM’s maiden Dialogue, which focused on the security situation in Kasoa and its environs, he revealed that out of every 10 crimes committed in the area, his fellow Nigerians are responsible for six.

The situation, he said, has been a source of grave concern to the local police commander, who has constantly complained to him to help the situation by getting through to his settler-subjects.

The quarterly Dialogue, the first of which was held on Friday, 23 April 2021 at the Mikado Conference Centre in Accra, brought together lawyers, traditional leaders, local government analysts, security persons, government appointees, grassroots people, residents of Kasoa, students and other stakeholders to tease out the factors underpinning the insecurity in the area nestled between the boundaries of Greater Accra and Central Regions.

In his contribution, the Nigerian chief said he found it frustrating that the law enforcement bodies – Ghana Police Service and Ghana Immigration Service – repetitively allow themselves to be bribed by Nigerian suspects who get caught in the claws of the law.

“You see, this is a very delicate issue and like you said, references have been made to Nigerians particularly, which are very true because when you go to Kasoa, you see instances where; like I was with the chief of police at Millennium City and he told me: ‘Chief, you have to do something about this; every 10 reported cases at the police station is 6/10 of Nigerians’. You have six cases of Nigerians in every 10 cases reported at the police station; why is that so?’

“From my observation and analysis, I noticed that when you see people and notice that these people are unqualified to live in our society but you can’t take the opportunity [to deal with them] because you are making some corner money from it, then you are constituting a nuisance to the society yourself”, he complained.

“What I suggest is this: let us improve our services for the Ghana Immigration Service and Police Service so that when you get somebody, a Nigerian, particularly, because I’m a Nigerian chief in Gomoa Bantama, please don’t collect money from them. All because they want to give you GHS500, so, today you feel good because they want to give you some money. If they are wrong, please, let them face the law. Anybody at all, prosecute the person, send the person to court”.

“At the end of the day, the cases that are being reported, are they taken to the court? How many of them have been sent to the court?” he asked.

He continued: “A couple of days ago, the Immigration Service went to arrest certain people there; at the end of the day, they are supposed to detain them or possibly prosecute them or deport them to Nigeria or repatriate them but I’m sorry to say, but it’s the truth; they say: ‘OK, go and bring GHS1,000, GHS2,000’. At the end of the day, you take the money and you send these same people, who are following people in the society, back into the society and endangering the lives of other citizens in the community”.

The Nigerian chief urged the Ghana Immigration Service and Ghana Police Service, to “let us put more effort in what we do. You are doing very very well, but we can do better and if we do better, please let us follow the law. We have laws, rules and regulations in Ghana, we should follow them and not do bypass”.