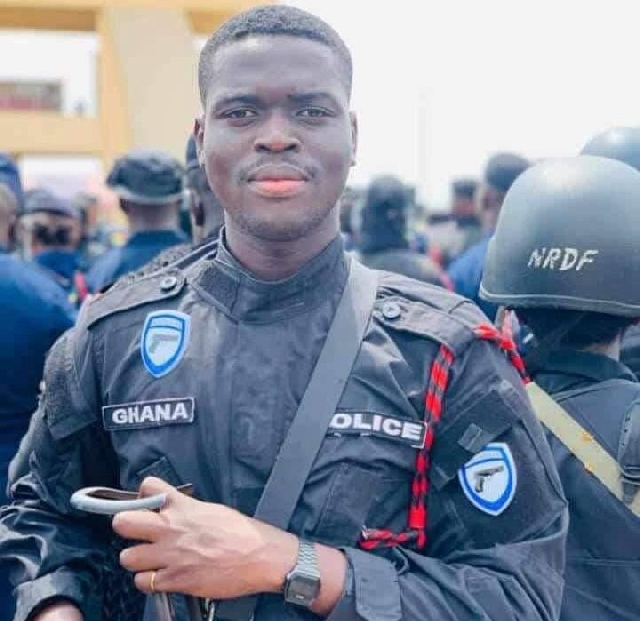 A notorious Guinean armed robber, who is suspected to have killed a policeman in the James Town bullion robbery, has been arrested at Kyebi Zongo in the Abuakwa South Municipality in a joint police operation upon a tip-off.

The suspect, 26-year-old Musa Kamara, was arrested together with three other suspects, who were all involved in the bullion van robbery at Adedenkpo, James Town in Accra.

The arrest was effected by a combined team of police officers from Accra and Kyebi.

Musa Kamara, who attempted escaping, was shot in the knee by the police before being arrested.

He is currently receiving treatment at the Kyebi Government Hospital under heavy police guard.

The three other suspects who were arrested at Kyebi Zongo on Saturday are Collins Addae aka Kekye; Ebenezer Gyimah, aka Peace; and another Guinean, Suleman Keta, alias 69, a brother of Musa Kamara.

They were said to have been terrorising residents of Kibi, Akyem Tafo, Osiem, Anyinasin, and its environs for some time now.

The tip-off initially led to the arrest of Ebenezer Gyimah but he managed to escape while in handcuffs.

However, he and the three others, including Musa Kamara, were arrested on Saturday at Kyebi Zongo.

Musa Kamara has now been transferred to the police headquarters in Accra alongside the three other suspects.

Police detectives have been dispatched to the Akyem Oda area following intelligence that other suspects in the Adedenkpo bullion van robbery are said to be hiding there.

In a related development, a circuit court warrant has been issued for the arrest of one Hakam aka Red Devil, who is suspected to have taken part in the Adedenkpo robbery.

The suspect, according to the police statement, could be hiding in Tema, Yendi, Kumasi or Accra.

Anyone who has information about him is entreated to contact the nearest police station.