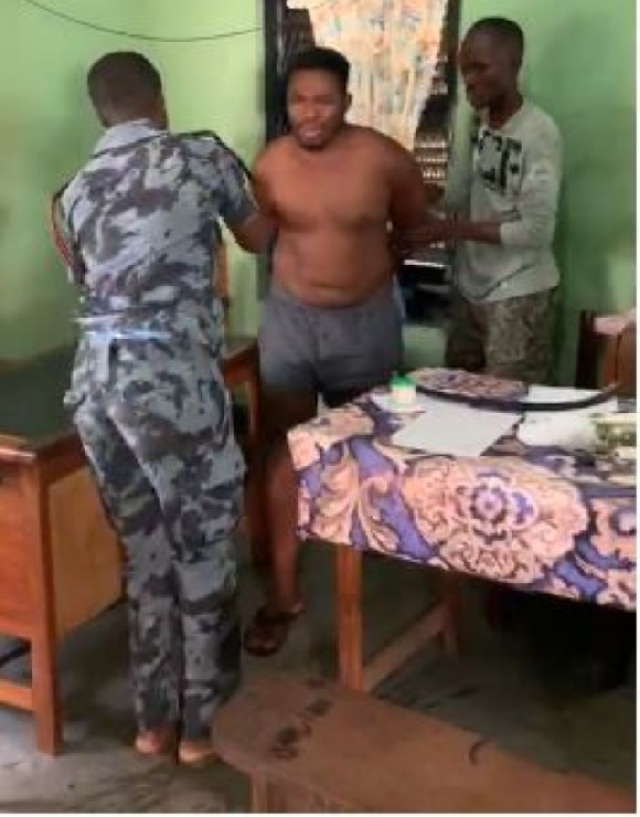 The acting Inspector General of Police (IGP) has interdicted the two policemen captured in a video which has gone viral flogging a suspect.

General Sergeant Patrick Amoako and General Lance Corporal Isaac Marfo both stationed at the Railways Police Station at Koforidua have been identified as the culprits in the video.

The Policemen were captured in a video taken by the complainant who had reported the suspect, his employee, for stealing his GHS1,600.

The suspect who was stripped down to his boxers and handcuffed was tortured by the policemen with the aim of getting him to confess to the crime.

Despite cries for help and mercy, the policemen continued to flog the suspect.

Ghana on 26 September 2016 ratified the Optional Protocol to the Convention against Torture and other Cruel, Inhuman or Degrading Treatment or Punishment making torture illegal in the country. 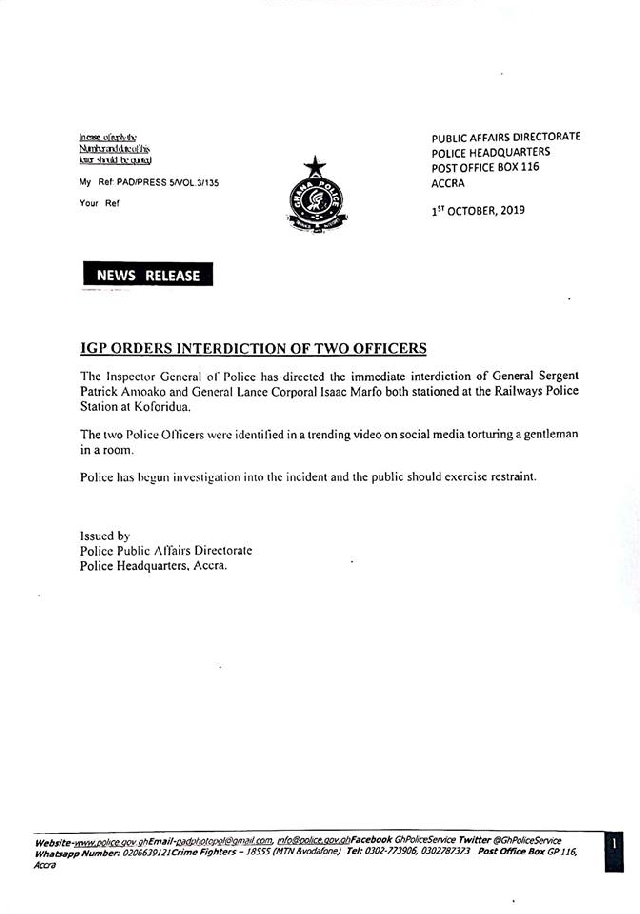