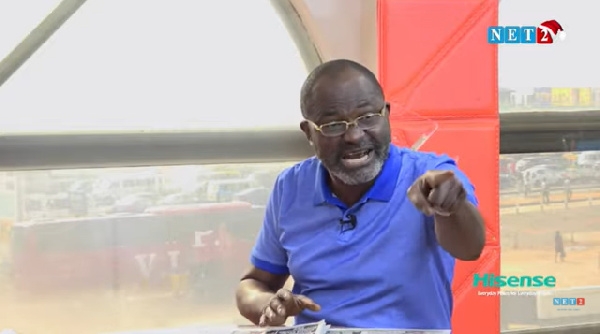 “He is in Kumasi. His name is Ansu Gyeabour. It is the same police who revealed his name to me and showed me a picture of him”, Mr Agyapong told New York-based Adinkra TV in an interview.

“He killed Ahmed Suale”, he insisted, adding: “It’s been over a year now since the police disclosed that information to me and my name is out there”.

The legislator said “according to the police, anytime they give the Ashanti Regional Police Command intelligence about the whereabouts of the suspect, he absconds”.

“I was in a British Airways flight with the first police commander who told me”, the Chairman of the Defence and Interior Committee revealed.

He said: “The new commander who took over has also confirmed the name of the suspect”.

“The last time I threatened to mention the name in public, he told me to be patient and that they are working on it and had brought some forensic stuff to the United States and would bring out the report soon” but, he noted, “it’s been over four months now since that conversation”.

“I cannot continue getting that embarrassment, humiliation, accusation everywhere when they know the killer”, he said angrily.

Ahmed-Suale was killed in January 2019 while heading home on a motorbike around Madina.

Mr Agyapong was linked to the murder because he had screened a documentary ‘who watches the watchman’ some months earlier on his Net2 TV to expose the identities of investigative journalist Anas Aremeyaw Anas and his Tiger Eye PI teammates including Ahmed Hussein-Suale following their BBC documentary titled: ‘Number 12: When Greed and Corruption Become the Norm’, which led to the indictment and subsequent stripping of Kwasi Nyantakyi of his Ghana Football Association laurels.