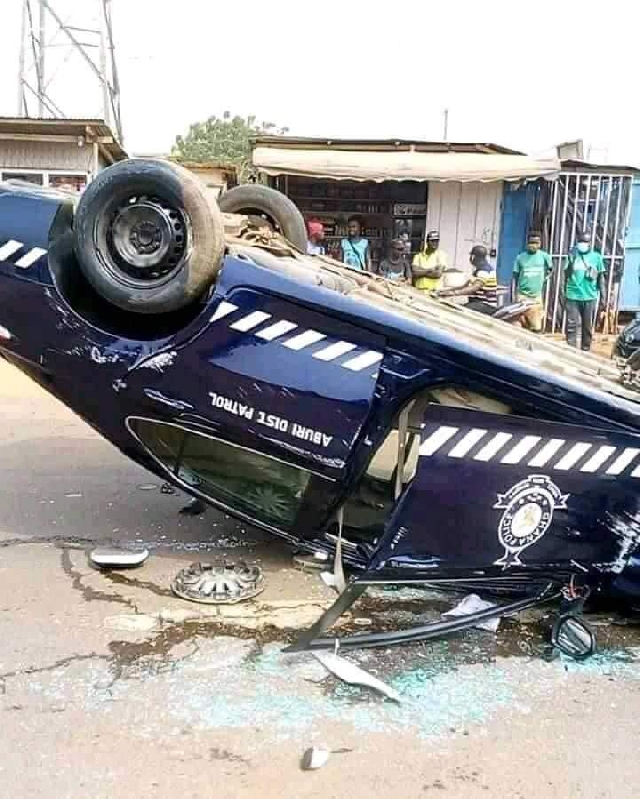 One policeman was pronounced dead, another on admission at hospital

Two policemen have been attacked by unidentified gunmen at Pramkese in the Kwaebibirim Municipality of the Eastern Region of Ghana.

They were dispatched to the area upon receiving a distress call from some commuters on the Pramkese-Techiman road.

According to the commuters, some unidentified gunmen blocked the Pramkese-Takyiman road and were robbing them.

Armed policemen including Sgt. Moses Tetteh Nartey, Cpl Christian Totimeh and D/Cpl Ibrahim Apaka, responded to the call on board a taxicab.

Upon reaching a section of the road at Ada Kwasi Junction, they spotted a mini-bus ahead of them by about a hundred meters away.

The team noticed that the mini-bus had stopped, compelling them to also slow down.

Suddenly, according to a situation report by the police, two unidentified men wielding AK-47 rifles emerged from the bush.

The gunmen flashed a torchlight onto the occupants of the taxicab and identified them to be policemen and started firing at them.

Sgt Moses Tetteh Nartey sustained two gunshot wounds on his chest and one on his head.

The team then retreated and rushed the injured officers to the Pramkese Health Centre for treatment.

Sgt Moses Nartey Tetteh was pronounced dead on arrival while Cpl. Christian Totimeh was referred to St Dominic’s Hospital, Akwatia, and was admitted for treatment.

According to the District Commander, Cpl Totimeh is in a stable condition and responding to treatment.

The body of Sgt Moses Tetteh Nartey has been deposited at the Kade Government Hospital morgue for preservation and autopsy.