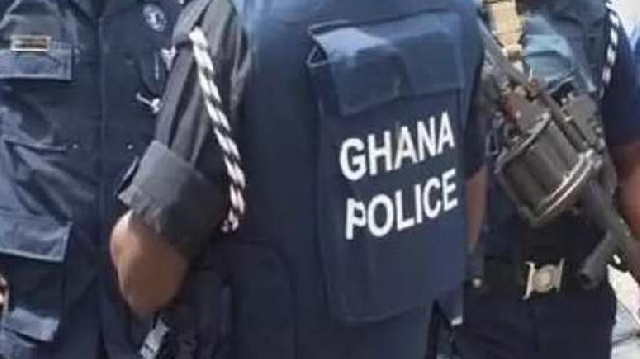 The Sunyani Circuit Court presided over by Mr Jojo Hagan has remanded into custody three police officers and three others who allegedly killed a suspect on detention and secretly buried him.

The six suspects were charged on two counts – conspiracy to commit a crime, to wit; murder, contrary to section 23(1) and 46 of the criminal offences Act, 1960 (Act 29), and murder.

The police suspects, identified as Chief Inspector Eric Aforo, 48; General Corporal Williams Akussung, 38; and General Constable Ebenezer Akuffo, 24; are alleged to have brutalised the deceased, a 48-year-old farmer by name Abu Bukari Bahala (Abu Nepah), who was in detention for allegedly vandalising a bank manager’s windscreen.

The ordeal did not end there, as the officers allegedly buried the deceased secretly to cover up their tracks.

Reuben Obeng, 22; and Aaron Abbey, 21; both security guards, and one Emmanuel Ofori Kingsford, 59, of Nkoranman Rural Bank, are also accused of agreeing, with a common purpose, to commit a crime, which led to the farmer’s death.

The suspects are expected to reappear in court on 11 May 2021.