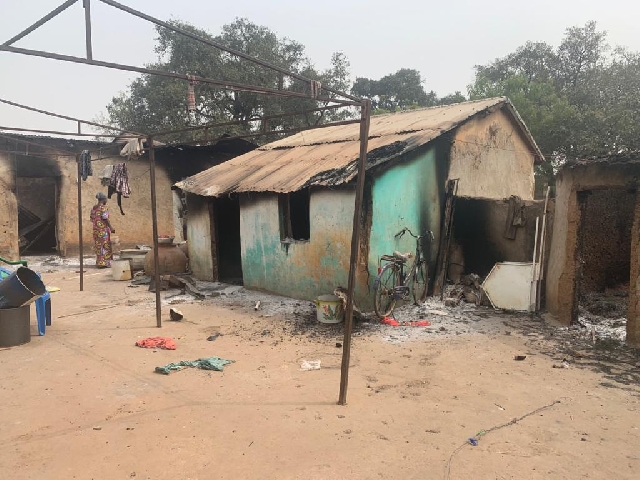 One of the torched homes

The police command in the Northern region has arrested 15 people in connection with a recent chieftaincy clash at Yong Dakpem Yili in the regional capital, Tamale, in which dozens of homes were torched as well as motorbikes, foodstuffs among others. 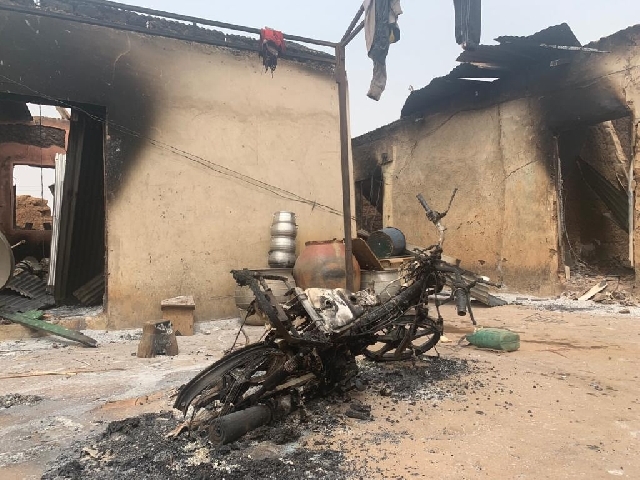 Also, five fugitives, including a chief, Fuseini Chemson, have been declared wanted.

So far, right of the 15 arrested suspects have been remanded by the court.

The Regional Crime Officer, Superintendent Bernard Baba Ananga, told the media that the remaining suspects will be arraigned today, 25 February 2021.

“We are going to take the issue very seriously to ensure that justice is brought to the good people of Yong Dakpem Yili”, Supt. Anango told local journalists, adding: “That particular chief who led the group to burn some of the houses will be pursued and dealt with according to law”.

“As we are making progress, we are also sending signals out to those would-be offenders that they should take note that we will bring the law and justice to their door steps and then ensure that such mayhem will not be visited on any other community”, he warned.

“We are going to make sure that we follow this case and ensure that it is properly dealt with according to law”, he stressed.

The suspects are facing charges including conspiracy to committing crime, rioting with weapons, causing unlawful damage, and unlawful assembly.

Angry youth of Yong Dakpem Yili, a suburb of the Tamale metropolis in the Northern Region, burnt down 24 houses in the chieftaincy dispute.

The incident, which occurred on Thursday evening (18 February 2021) was sparked by a disagreement over a funeral.

The fight forced women and children to flee to nearby villages for refuge.