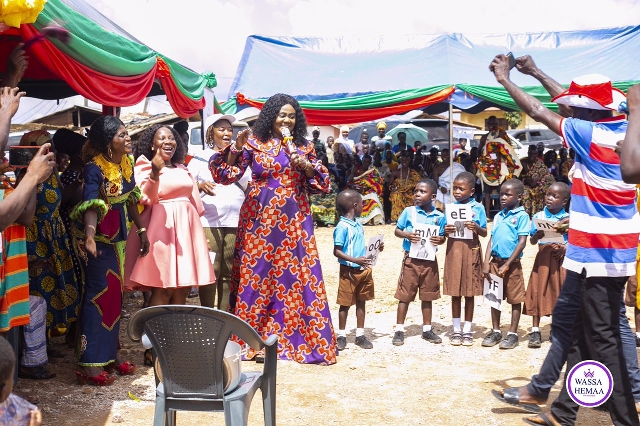 The event happened on Saturday, November 12, 2022, and the KG block was given to Aboso Odumase, a community in the Prestea-Huni Valley municipality of the Western Region.

The edifice was awarded to the contractor for work to commence in the year 2020 with initial funding from the MP's Common Fund allocation, during her tenure as a legislator, and continued to completion with financial support from the Wassa Hemaa Foundation.

Speaking at the event, Mr Isaac Dasmani, District Chief Executive of Pretea Huni Valley, thanked Mrs Barbara Oteng-Gyasi for putting up the edifice to promote teaching and learning in the community.

He gave the assurance that the structure would be properly maintained by the Assembly.

On her part, Barbara Oteng-Gyasi expressed her satisfaction at the completion of the edifice in line with three fundamental pillars in development she held during her tenure as legislator: education, healthcare and employment creation.

She encouraged the children to focus on education as its the key to their future development and appealed to the teachers and the community to utilise the facility in the best interest of the children.

The Chief of Odumase, Nana Kwasi Boah III on his part thanked the former MP for the area for the beautiful edifice which he believes will ginger the interest of the children to attend and enjoy their time in school and pledged proper maintenance to ensure many children benefit from it. 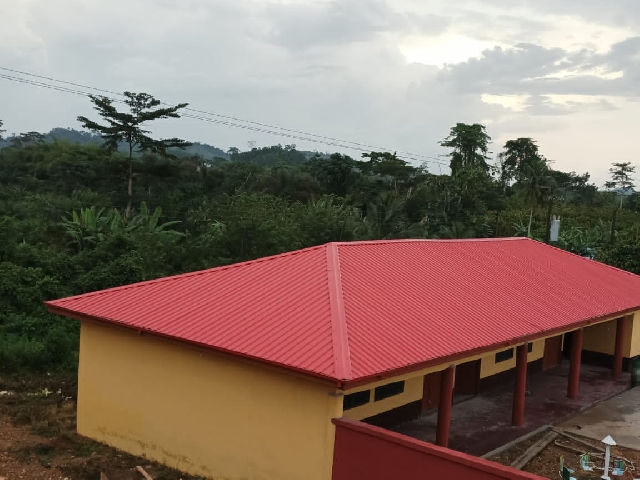 Present at the occasion were representatives from the Municipal Education Directorate, Constituency Executives and members of the New Patriotic Party (NPP), Assembly Members, and members of Odumase community.