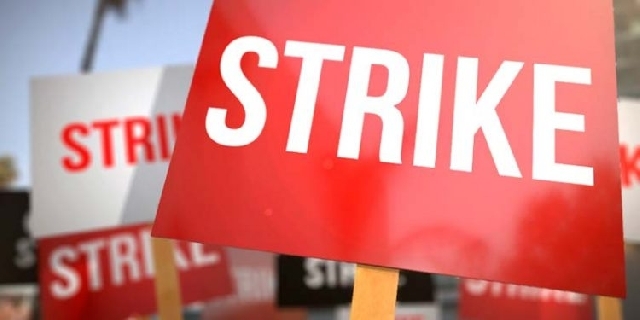 The NLC has also directed the government to pay all arrears and honour other obligations due TUTAG members to ensure effective academic operations at the country’s technical universities.

This was contained in a ruling by the National Labour Commission (NLC) on Monday, 28 October 2019, after a meeting between the various stakeholders to address issues that have resulted in weeks of a strike by the university teachers.

TUTAG went on strike on 7 October 2019 after emoluments due them were not released despite a directive from the Ministry of Finance to the Controller and Accountant General’s Department.

The employer was represented at the meeting by the Minister of Education, Deputy Minister of Employment and Labour Relations, Deputy Minister of Finance, Controller and Accountant General, the CEO of the Fair Wages and Salaries Commission (FWSC) and other officials from the respective ministries on the one hand.

TUTAG was represented by its executives. After the deliberations, the NLC agreed on common ground by the aggrieved parties to resolve all outstanding challenges.

1.         That the employer shall pay the following allowances to TUTAG members who qualify at the end of December 2019. These are: Electricity, Rent, Security, Car Maintenance, Off-campus

2.         That responsibility, entertainment and fuel allowances shall be paid to deserving officeholders in December 2019.

4.         TUTAG shall call off the strike immediately and return to work

5.         That the parties are strongly advised to negotiate and act in good faith at all time.