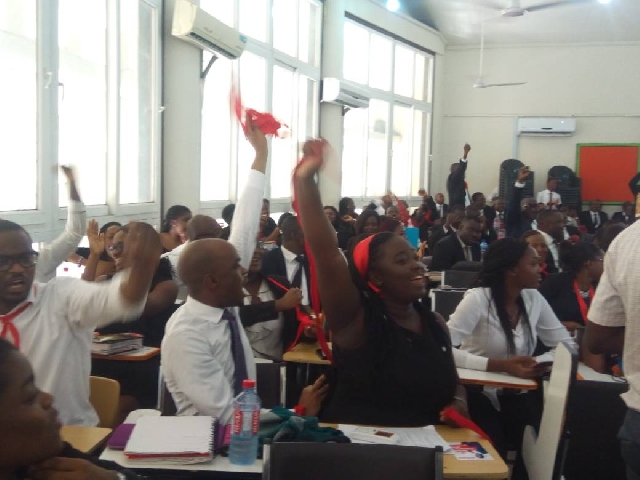 The 499 law students who were denied entry into the Ghana School of Law (GSL) will be admitted, as the General Legal Council (GLC) has agreed to do so following an order from the Attorney General to that effect.

This was revealed on Wednesday, 17 November 2021, by the lawyer for the 499 students, following a meeting between the representatives of the aggrieved students and their lawyer; representatives from the GLC and the Attorney General (AG).

According to the lawyer for the 499 students, Mr Martin Akpebu, although the GLC has agreed to admit the students, they are yet to be informed about the start date for their admission.

Speaking to the media, Mr Akpebu noted that the admission will be “subject to some modalities as to when these students will commence the course.”

He said: “The subcommittee of the GLC that we met this evening will go back and report on the contents of these deliberations we have had.”

The students had withdrawn their lawsuit against the AG and the GLC prior to this meeting.

Attorney General Godfred Yeboah Dame on Wednesday, 11 November 2021, directed the General Legal Council (GLC) to admit the 499 students who were denied entry into the GSL.

According to the AG, the students are either to be admitted to the GSL this November or in May 2022.

However, the AG recommended that the GLC ensure that both sets of students are called to the bar in the next two years.

The minority in parliament, therefore, made attempts to pass a censure vote on the AG for failure to admit the students as directed by the Legislature.

They were reported to have gathered enough signatures to begin the process.

A vote of censure is a vote of no confidence.