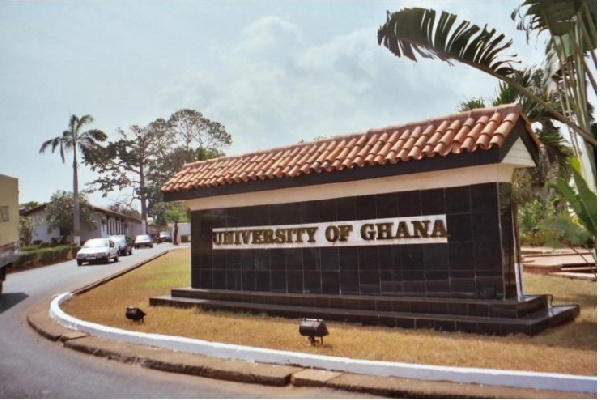 Members of the Senior Staff Association-Universities of Ghana (SSA-UoG) have registered their frustration and displeasure at some universities that are refusing to recognise first degree certificates (third class), awarded by accredited universities in Ghana through the sandwich and distance-learning modes, for promotion.

The SSA-UoG is also frustrated that some universities refuse two-year Masters of Business Administration (MBA), Masters of Science (MSc.) and Masters of Arts (M.A) degrees in related disciplines for promotion.

The group’s other concerns include the refusal and failure to promote, upgrade or appoint senior staff who have acquired new certificates based on rank and positions, the undesirable creation of artificial conflicts between the scheme and the conditions of service of public universities in Ghana and established statutes of public universities in Ghana.

Lastly, they are concerned about the refusal of some universities to pay some entitled allowances to the senior staff.

The leadership of SSA-UoG, in a statement, noted that such decisions are not only alien to the scheme of service of public universities in Ghana but also injurious and highly detrimental to the academic progression of its members.

The group said its checks revealed that “this unscientific and discriminatory decision was based purely on whimsical and capricious use of discretional powers, which sort to overthrow the approved scheme of service of public universities in Ghana.”

They want the universities to immediately reverse this “impulsive decision”, or risk sparking another wave of industrial unrest in Ghana’s tertiary education sector.

They are also appealing to the minister of education, minister of employment and labour relations, Ghana Tertiary Education Commission, university governing councils and Vice-chancellors Ghana to act expeditiously to avert the possibility of a full-blown strike anytime soon. 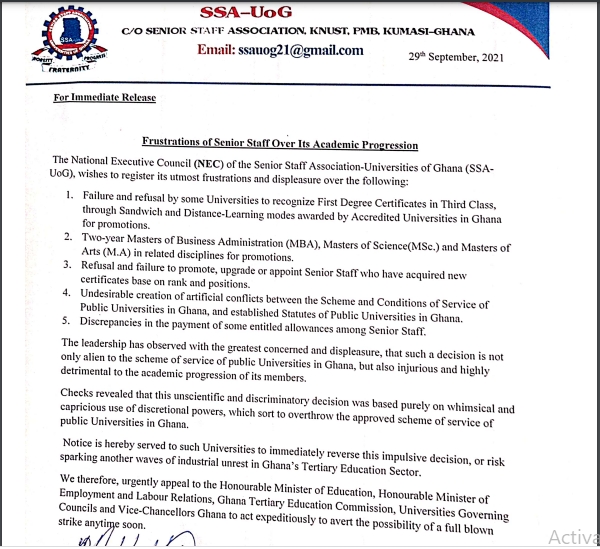