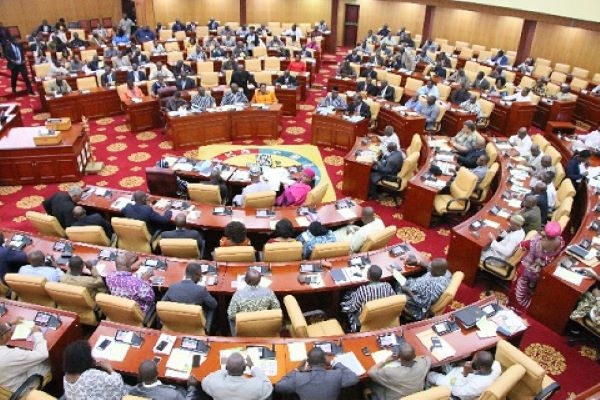 Parliament will take a decision today

Parliament will today, Thursday, 21 January 2020, debate and arrive at a decision on whether or not to scrap school fees for the 2021 academic year in public tertiary institutions.

This follows a petition by Member of Parliament (MP) for Bawku Central, Mahama Ayariga to the Speaker of Parliament, Alban Bagbin to move a motion to suspend the payment of school fees.

The motion will seek to suspend the payment of fees for the academic year for students in public tertiary institutions due to the economic impact of COVID-19.

Speaker of Parliament announced on Wednesday, 20 January 2020 that the motion had been properly submitted.

“The motion has been properly submitted, it is properly before the House, it is competent, and I hereby call upon us to debate it and take a decision. You can reject, or you can adopt it with or without amendments. I will submit a written ruling in this matter,” the Speaker noted.

While the majority in Parliament said it is unnecessary to scrap fees for the academic year due to government’s numerous interventions in the education sector as a result of COVID-19, the National Democratic Congress (NDC) caucus in parliament supported the motion.

Mr Ayariga petitioned the Speaker of Parliament, to move a motion that will suspend the payment of school fees by fresh and continuing students of public tertiary institutions across the country.

The Bawku Central MP wants the payment of admission fees suspended for the 2020/2021 academic year due to the COVID-19 pandemic which has affected businesses and jobs of both parents and students negatively.

In a letter to the Speaker of Parliament, the Bawku Central MP said: “That this House Resolves to request the President of the Republic of Ghana to take urgent steps to suspend the payment of admission fees by new entrants into public tertiary education institutions and continuing students of those institutions for the 2021 academic year as part of the national COVID relief programmes being implemented by Government.”

Mr Ayariga further noted that: “The urgency of this matter is dictated by the fact that public tertiary institutions are reopening now and students who have been offered admission are requested to make payments before they are admitted and will loose the opportunity if they do not pay. Continuing students must also pay.”

The Bawku Central MP also cited reasons for wanting the payment of fees suspended for the academic year.

“This is important to the public because many people have lost their jobs due to the economic consequences of the outbreak of COVID-19, which has necessitated government granting subsidies in the provision of water and electricity. The hospitality sector has been hard hit. Workers of private schools in the education sector have not earned income in close to a year. Border towns like Bawku have suffered economically from the restrictions in cross-border movement and trading. Most parents and students have not been able to work to save funds to be able to pay fees. Remittances from abroad have drastically shrunk. The banking crisis caused many jobs to be lost.”