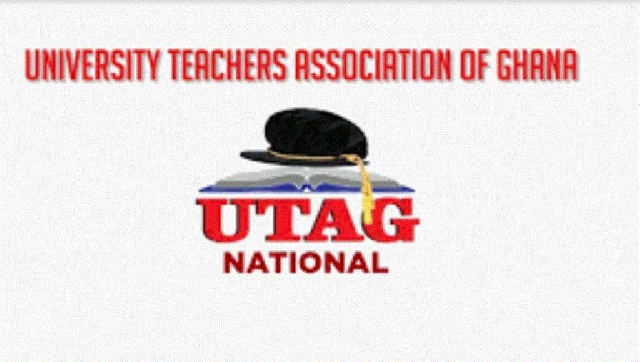 From Monday, August 2, 2021, all academic activities on the various university campuses will grind to a halt as the University Teachers Association of Ghana (UTAG), says it will withdraw services until their conditions of service are duly addressed.

According to UTAG, the decision is a result of the government’s failure to properly resolve their concerns which has to deal with their condition of service.

UTAG last month lamented what it calls the slow nature of ongoing negotiations and government’s posture on the issue that has been on the table since 2018 which is causing growing tension among its members on the various campuses.

Below are details of the statement read at the press conference:

STALLED NEGOTIATION ON THE CONDITIONS OF SERVICE OF UTAG MEMBERS

Good morning ladies and gentlemen of the Press. The National Executive Committee (NEC) of UTAG is grateful to you for coming to cover our press conference. This press conference has become necessary due to the failure of Government to cooperate with UTAG to complete negotiations on its Conditions of Service (CoS), which started in August 2018.

Although some progress has been made in some respects, the key areas at the core of our CoS have seen no progress and it appears there is no end in sight whilst our members continue to wallow in worsening economic conditions. It is instructive to note that the few times UTAG has had to meet Government over the negotiations of its CoS, Government has always failed to respect the Rules of Engagement signed between the two parties to guide the negotiations, specifically, the full complement of key Government officials who could be described as having locus and, for that matter, capable of committing Government into any serious discussion are always absent.

It is in the face of this exhibition of bad faith and abysmal progress made in the negotiations that we find ourselves here today. For emphasis, the progress made so far is abysmal and, indeed, nothing to write home about. Ladies and gentlemen, UTAG finds this lukewarm attitude of Government as worrying and frustrating, hence, the need for this press conference to inform the public of the unfair treatment against UTAG.

UTAG wishes to state clearly that the Association is not in any way seeking to make anybody or institution unpopular as some narratives, unfortunately, seek to portray. Rather, all we seek to do is to let the public and everyone else understand that UTAG members have been left to wallow in worsening conditions of service for far too long and that we deserve some meaningful attention.

Ladies and gentlemen, here is a brief account of how low UTAG members have fallen in terms of their CoS over the years. In 2003, upon a recommendation by a Standing Joint Negotiation Committee (SJNC), Government accepted a five-year (2004-2008) roadmap for improvement in the levels of remuneration for senior members of the public universities in Ghana. At the end of the road map in 2008, the monthly entry point salary of the Lecturer was USD1,500 payable in Cedi equivalent.

Per the agreement of the five-year roadmap, general increases in salaries in subsequent years would apply to the USD1,500. Also, with the advent and subsequent implementation of the Single Spine Salary Structure (SSSS) policy for public sector workers in the country, in the negotiations that ended in January 2012, an Interim Market Premium (IPM) was fixed at 114% of the basic salary and this led to a Lecturer being paid the Cedi equivalent of USD 2,084.41 from January 2012. It is important to note that the 114% of the basic salary was determined to ensure that the gains made with the SJNC in 2003 would be sustained. Ladies and gentlemen, one key element in the implementation of the SSSS was the fact that no employee was to be made worse off with the new pay regime.

Nevertheless, the academic senior member has become worse off following the implementation of the SSSS pay policy. At the beginning of 2020, the entry gross salary (i.e., Basic plus Market Premium) of a lecturer in the public universities was USD997.84 (GHC5,687.66) far less than the USD1,500 per month that was reached at the end of the roadmap in 2008 and further improved with the SSSS in 2012 to USD2,084.42. Clearly, you can see the drop of over USD1,086.57; i.e., GHC6,193.45, a drop which is more than the Lecturer’s present take home pay. I believe you will agree with UTAG that this is unacceptable.

Indeed, the question one would naturally ask is, “Do we aspire for progression in income as works or otherwise?”! Ladies and gentlemen, for the sake of industrial harmony and in order not to compound the already jeopardised academic calendar of the public universities, UTAG demands that Government should just restore the 2012 values for the Lecturer without recourse to adjustments. UTAG believes that this demand is appropriate and fair. If Government finds this difficult to do, UTAG is willing to follow a road map as suggested by the Prof. Yaa Ntiamoa Baidu’s report on the Presidential Committee on Emoluments for Article 71 Office Holders, June 2020.

Ladies and gentlemen, in the preamble of Prof. Yaa Ntiamoa-Baidu’s report, specifically at page (xi), I quote/unquote: “the Committee strongly urges the Government to also spare no efforts at reducing the wide gap between the highest and lowest paid Public Servant in the Country. This can be achieved by implementing a roadmap (as was done during the tenure of former President Kuffuor for the health and tertiary education sectors) for enhancing the salaries of public sector workers on the Single Spine Salary Structure. The goal must be that the salary earned by every worker should enable him/her to live in dignity”. This snippet is iterated elsewhere again in the document.

Ladies and gentlemen, you may recall that in a press release dated 17th June 2021, UTAG stated that “further delay on the negotiation beyond the end of July 2021 will compel UTAG to advise itself”. We also like to state that, until our demands are considered and met in-toto, UTAG would have no other option than to embark on industrial action by withdrawing teaching, which includes the conduct of examinations, marking of examination scripts, and other related matters, starting from Monday, 2nd of August 2021 until further notice.

All UTAG members are requested to remain calm and resolute for it is NOW OR NEVER. Thank you very much.