UTAG to strike over 'worsening' conditions of service 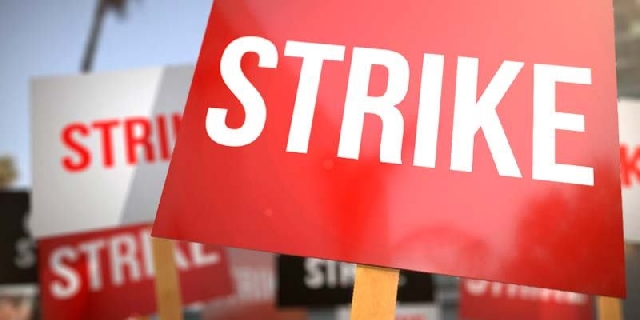 The National Executive Committee (NEC) of the University Teachers Association of Ghana (UTAG) has notified the National Labour Commission (NLC) of its intention to embark on an indefinite strike action.

The industrial action, according to UTAG, is against the “government on the grounds of its failure to address the worsening conditions of UTAG's members within an agreed period”.

A statement co-signed by the National President of UTAG, Prof Charles Marfo, and the National Secretary, Dr Eric Abavare, on 15 July 2021, indicated: “Specifically, negotiation of our conditions of service, which was started some two years ago and was early this year scheduled to end by the end of this month, July 2021, has overly been delayed with no end in sight,” adding: “In our last meeting with government, UTAG strongly indicated to the government that if by the agreed date of the end of negotiations - i.e. 31 July 2021 - no agreement is reached, the association would have no option but to resort to indefinite strike”.

The UTAG has, therefore, decided “to withdraw TEACHING, one of its main duties, from 2nd August 2021 if no agreement is reached by 31 July 2021”. 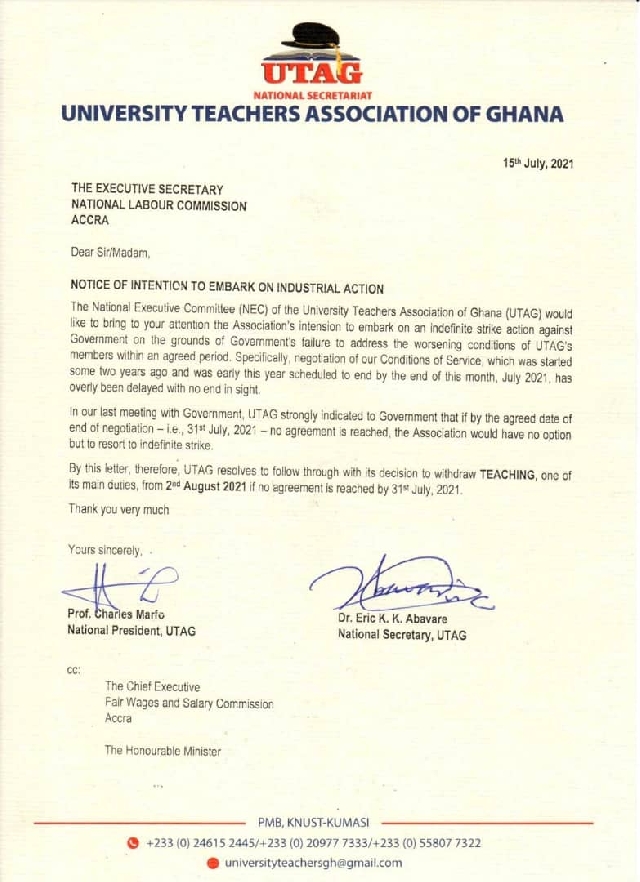