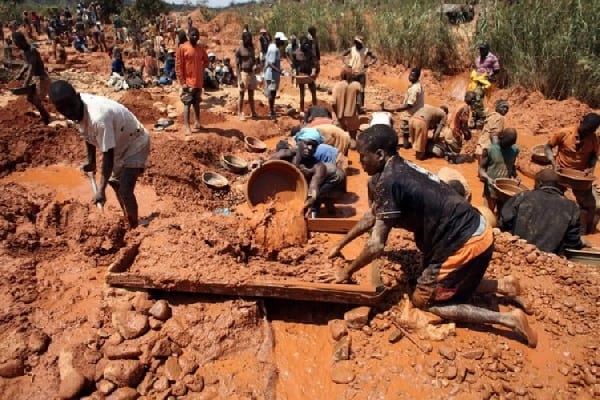 He told journalists at a press briefing in Accra on Wednesday, 2 June 2021 that so far, there are five separate cases being prosecuted in court.

These cases, the Afoase Ayrebi MP noted, are not exhaustive, adding the Attorney General is gearing up for more state-level prosecutions.

The accused persons, he noted, were arrested by the townsfolk.

They are being prosecuted at Koforidua Circuit Court B.

The second case, the minister said is ‘The Republic vs Yang Maoji’.

It involves a Chinese, who was arrested for mining illegally in the Pra River.

He was arrested by the Operation Halt team during one of their routine patrols.

The third is ‘The Republic vs Wei Gan and another’.

This case, he said, involves two Chinese nationals arrested in Atieku near Tarkwa in the Amenfi West District.

Also before the court is ‘The Republic vs Xue Linhua and 2 others’.

It involves 2 Chinese nationals and a Ghanaian, who were illegally mining in forest reserves.

They were arrested in Enchie in the Western Region.

The fifth case is ‘The Republic versus Xue Linhua and 5 others’.

It involves 6 Chinese who were arrested in Asankragua by National Security operatives.

They have been arraigned on provisional charges including 6 counts of possession of firearms without lawful excuse.

They are being prosecuted by the Kaneshie District Court.

The team burns excavators and other illegal small-scale mining equipment at sight.

President Nana Akufo-Addo has endorsed that strategy much to the ire of civil society groups who argue that not only is the destruction of the equipment illegal but also a waste of money and resources.