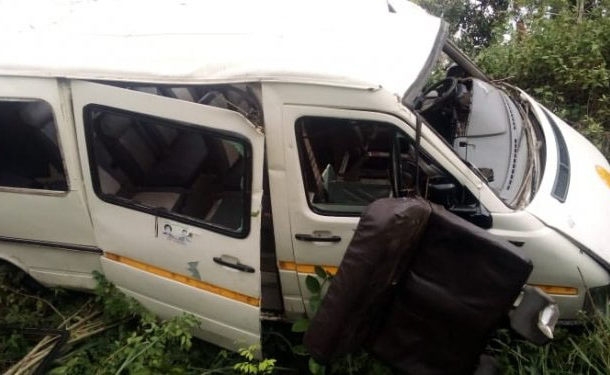 The accident involved a Sprinter bus and a SsanYoung car

A pregnant woman and one other person have been crushed to death in an accident on the Kumasi-Offinso road in the Ashanti Region.

Others sustained injuries in the accident at the Breman New York Junction intersection of the road.

The crash involved a Sprinter bus and a SsanYoung car.

An eyewitness told Class91.3FM’s Ashanti regional correspondent Elisha Adarkwah that the driver of the bus was trying to save a pedestrian, who was crossing the road, and unfortunately veered off its way, hit a light pole, and landed on top of the SsangYong car on the other side of the road in traffic.

The injured have been admitted to the Komfo Anokye Teaching Hospital for medical treatment.

The Suame Divisional Police Command has commenced investigations into the crash.