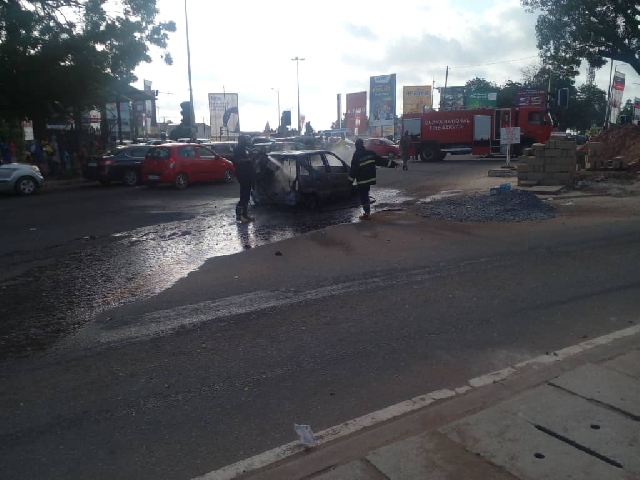 A mini car has gone up in flames at the 37 Military Hospital area, Accra.

According to an eyewitness, the private vehicle caught fire while at the 37 traffic light close to the lorry station.

He said it appeared the occupants of the unregistered vehicle initially did not know it had caught fire until a construction team near by signalled them.

A group of uniformed school boys corroborated his account, stating that the fire started under the car below the bonnet.

A young man, possibly in his late 20's, narrated that to help the distraught driver, he and his fellows collected sand on the construction site on the road, just by the traffic light where the accident happened, to quell the fire but to no avail.

All eyewitnesses who spoke to Class News bemoaned the lateness of the Ghana National Fire Service personnel who are attending to the car with their truck parked not too far from it at the crossroads. 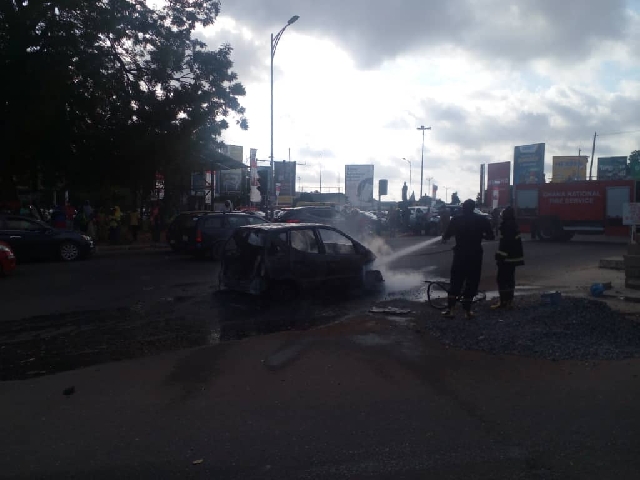 One claimed the fire service personnel came to the car about 30 minutes after they had been called. By the time they got to the burning car, it was too late to salvage, he added.