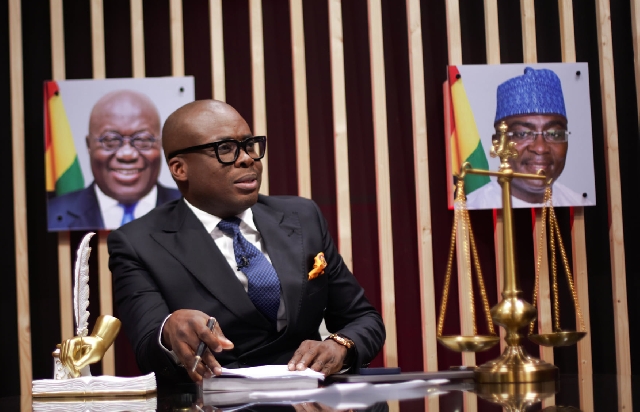 Good Evening Ghana host Paul Adom-Otchere has said the single act of removing journalists from the court before giving judgment in the matter involving Achimota Senior High School and two Rastafarian students “constitute an abuse about which the bar and bench should be very worried.”

Ahead of the judgment on Monday afternoon [31 May 2021], the clerk of the court instructed everyone to leave the courtroom including journalists.

Only the parties to the case were admitted to court.

Asked why journalists were sacked, the clerk in her response said, “I have been given a specific instruction.”

The judge eventually ruled in favour of the two Rastafarian boys, Tyrone Marhguy and Oheneba Kweku Nkrabea, and ordered the Achimota school to admit them with their dreadlocks unaffected.

Reacting to the judgment, Mr Adom-Otchere wondered f the judge considered the age of the children and other factors.

In a Facebook post, Mr Adom-Otchere said: “So I’m really wondering how and if the said judge treated or considered the limitations to personal liberties provided in article 14 (1) of the 1992 constitution.

“Such limitations include ... ‘for educational purposes’ and ‘for persons under the age of 18’ as it is, she sacked journalists from her court (in total disregard for the public interest value of the case and basic tenets of democracy) before she read her ruling. So we really don’t know what happened.

That single act of removing journalists from the court should constitute an abuse about which the “bar“ and bench should be very worried.

I can’t wait for Good Evening Ghana tonight. It’s all in the interest of democracy.”