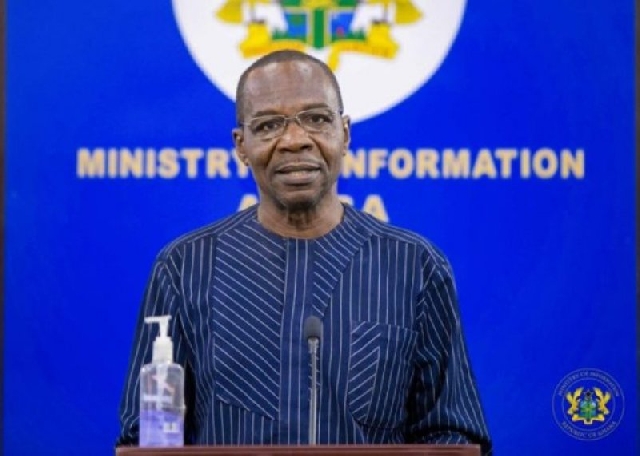 The president of the Ghana Journalists Association (GJA), Mr Roland Affail Monney, has apologised for his comments in the aftermath of the assault of Citi FM journalists Caleb Kudah and Zoe Abu-Baidoo by National Security operatives last Tuesday.

According to Mr Monney, as of the time he told Joy FM in an interview that Mr Kudah breached the GJA’s code of ethics by using subterfuge in gathering information at the Ministry of National Security, for which the Citi FM journalist was arrested, he had received “scanty” information on the issue.

However, “unsurprisingly, my condemnation of the office invasion and physical brutalisation was muted while my comments on Caleb’s ethical style was tilted and overly highlighted, obviously to achieve certain sensational ends,” he said at a press conference in Accra on Friday, 14 May 2021.

He continued: “As a student of leadership, I have learned that a leader is not afraid to change course when confronted with fresh information which challenges his earlier assumptions. As I indicated, the information I had before the interview was scanty”.

“What is available now is sufficient, as legal luminaries, distinguished ethicists and social critics slice and dice the issue from all angles. It is healthy for a free society such as ours for viewpoint diversity to be manifestly venerated, not maliciously castigated.  I also take note of the righteous indignation and emotional overdrive over the issue”.

“I, therefore, render my sincerest apology for any misimpression created that I was insensitive to the plight of the journalists but excited about the excesses by the National Security operatives.

“Indeed, those excesses pass for wickedness at its most naked nastiness. And I totally denounce them,” he added.

Mr Affail Monney earlier indicated that Mr Kudah breached the code of ethics of the profession by secretly recording some grounded MASLOC vehicles at the premises of National Security Ministry.

Ms Abu-Baidoo was arrested for allegedly conspiring with her colleague to “secretly film” the no-photography zone.

He allegedly sent the videos to Ms Abu-Badoo via his phone, prompting the war-like invasion of the media house by seven armed police officers in three Pickups to effect the arrest of the female journalist.

Both journalists were later released.