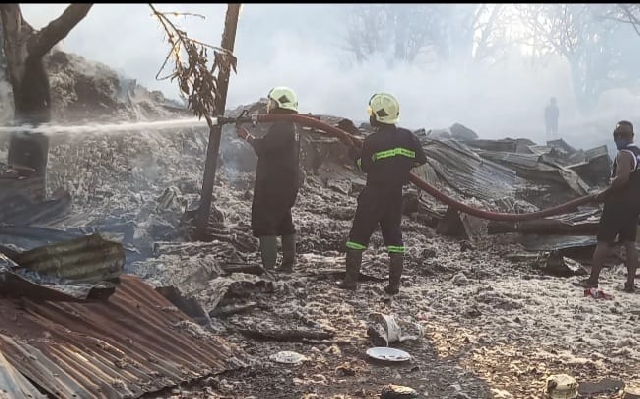 Fire officers at the scene of the disaster

One person has burnt to death after fire destroyed makeshift structures at Asafo in the Kumasi Metropolis of the Ashanti region.

Nana Yaw, 17, was locked up in the blaze during the fire outbreak that started from one of the makeshift structures around 2:45 pm and spread to others. 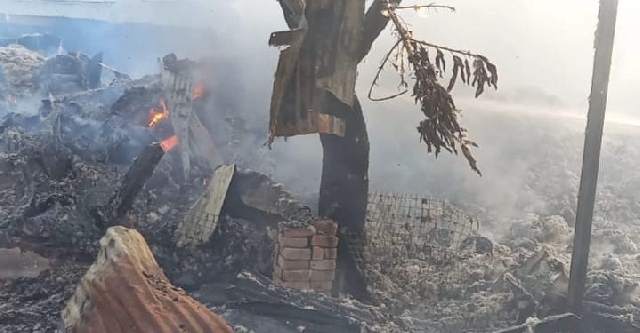 Firefighters responded to the disaster after distress calls. 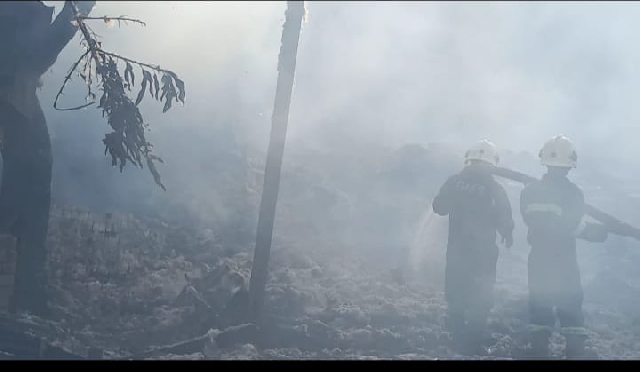 The Kumasi Metro Fire Commander, DOI Rashid Nisawu told Kumasi FM's Elisha Adarkwah that he can only confirm one death but they are conducting a salvaging exercise to find out if there are other bodies. 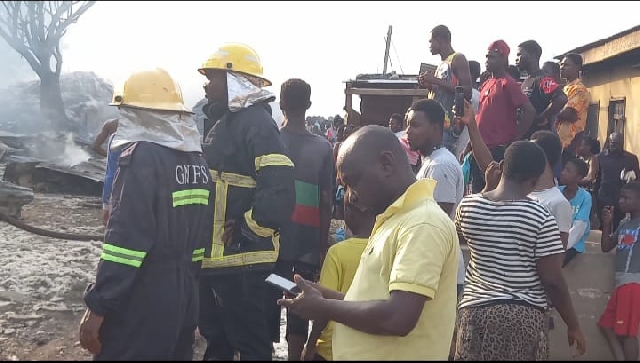 He said about 35 makeshift structures and properties in them were burnt in the blaze.

The cause of the fire is not yet known but Mr Rashid said they have commenced investigations into its cause.

Afia Pokua, an auntie to the deceased, wailed uncontrollably at the fire scene.

The body has been conveyed by the police and deposited at the Komfo Anokye Teaching Hospital morgue.