Blame peacekeepers for latest Bawku conflict; they've been compromised, must be withdrawn – Awingobit to gov't 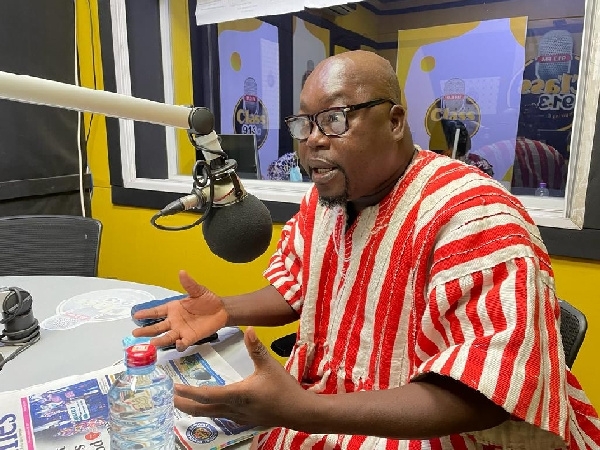 A leading member of the opposition People’s National Convention (PNC), Mr Samson Asaki Awingobit, has appealed to the Akufo-Addo government, to withdraw the services of the security operatives currently assigned to ensure peace in Bawku in the Upper East Region.

According to him, the said officers have compromised themselves in the line of duty, insisting they are the cause of the recent bloody clashes which claimed some casualties.

He alleged that the security operatives have become acquainted with one of the factions in the conflict for ethnic supremacy between the Kusasis and the Mamprusis.

He was of the view that the presence of the current security operatives in the area is compounding the conflict situation in the area.

Mr Awongobit, who is an indigene of the area, made this appeal on Accra100.5FM’s morning show Ghana Yensom on Wednesday, 11 May 2022, hosted by Kwame Obeng Sarkodie.

According to him, the presence of the current security operatives in the area is detrimental to the peace of that part of Ghana.

“Some of the security operatives are highly compromised, hence the need for them to be withdrawn and replaced with fair-minded operatives to ensure lasting peace in the area”, he stressed.

He said the situation is escalating by the day, warning that very soon, there will be famine in the area.

“Our mothers are not able to go to the farm for fear of being attacked by the other faction”, he noted.

Mr Awingobit bemoaned that Bawku, which is known to be a buzzing business town, has become a dead zone because of conflict.

“Everything in the area has come to a standstill because of the conflict between brothers in the area”, he lamented.

“We are all brothers and we intermarry, so, why these needless conflicts”, he wondered.

He further appealed to influential Kusasis and Mamprusis to ensure the youth on both sides of the conflict cease fire.

Three people were shot dead on Monday night in renewed clashes between some Kusasis and Mamprusis in the Old Kariama Market area of Nyatinga in the Bawku municipality.

The incident came barely days after the West Africa Centre for Counter-Terrorism and Extremism 2022 report pointed to the unending Bawku chieftaincy conflict and the ethnic tensions in Northern Ghana as factors that also amplify Ghana’s risk of terrorist attacks.

The age-old Bawku chieftaincy conflict is a struggle between Kusasis and Mamprusis over the occupancy of the Bawku throne.

The peak of the conflict between the two groups was between 2007 and 2012, where some 182 people, including children, were killed in cold blood either in their homes or at unlikely spots.

Many houses were set on fire and several residents relocated.

There have been high panel meetings to broker peace with the deployment of security personnel stationed at the place.

However, all these attempts have failed to bring lasting peace.