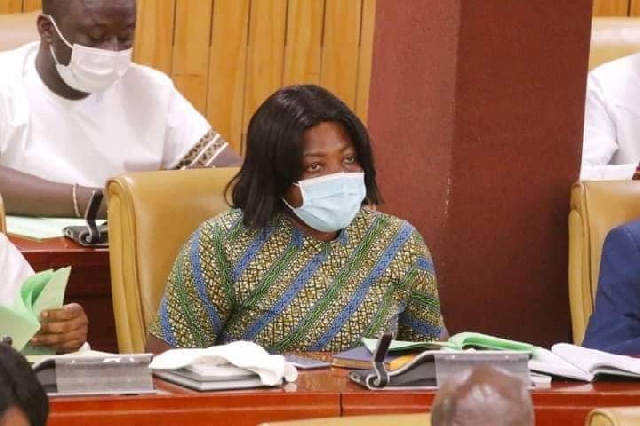 The MP in a statement, expressed shock and grief at the murder of the 25-year-old

The Member of Parliament (MP) for Mfantsiman Constituency, Ophelia Mensah Hayford has commended the Police for the swift arrests of the alleged suspects involved in the murder of the 25-year-old trainee nurse, Georgina Asor Botchwey.

The MP in a statement, expressed shock and grief at the murder of the 25-year-old.

The Mfantsiman MP also condemned “this dastardly act in the strongest possible terms.”

She further expressed her deepest condolences to the family of the deceased.

The Mfantseman MP, by the release, called “on all constituents especially the residents of Mankessim to remain calm and that the police are on top of the issue and they are accordingly commended for the swift response and the arrest they have effected so far…”

Meanwhile, the Cape Coast Circuit Court 2 has remanded the suspects, Tufuhene of Ekumfi Akwakrom Nana Clark Onyaa and a pastor Michael Darko known popularly as Nana 1 for the murder.

The Mankessim District Police Command on Wednesday, 21 September 2022, arrested the chief at his hide out at Akwakrom in the Ekumfi district after his accomplice, the pastor, confessed to helping him kidnap, kill, and secretly bury the victim.

The culprits after having had sex with their victim demanded GHS15,000 as ransom from her family for her freedom.

They allegedly killed her when the family refused to pay and buried her in the chief’s kitchen.