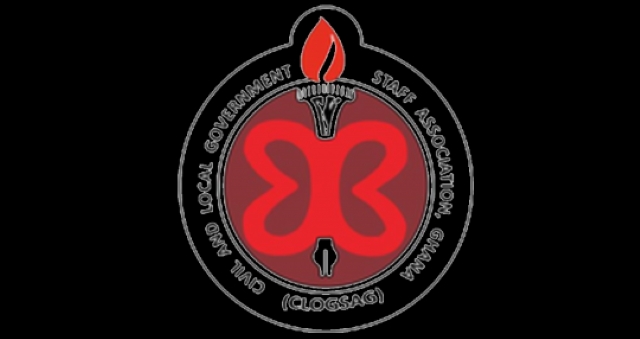 Members of the Civil and Local Government Staff Association of Ghana (CLOGSAG) have called off their three-week-old strike after their demands were met.

They had demanded they be paid a 'neutrality allowance'.

The leadership of the union met with the Parliamentary Select Committee on Local Government to discuss issues relating to the industrial action earlier this week.

In a statement announcing an end to the strike, the leadership of CLOGSAG, said: “The demand for the Ministry of Finance to direct the Controller and Accountant General to effect payment of the agreed allowance has been met on 11 May 2022. By this decision, the strike has been called off.”

Members of CLOGSAG have, thus, been asked to report to work from Monday, 16 May. 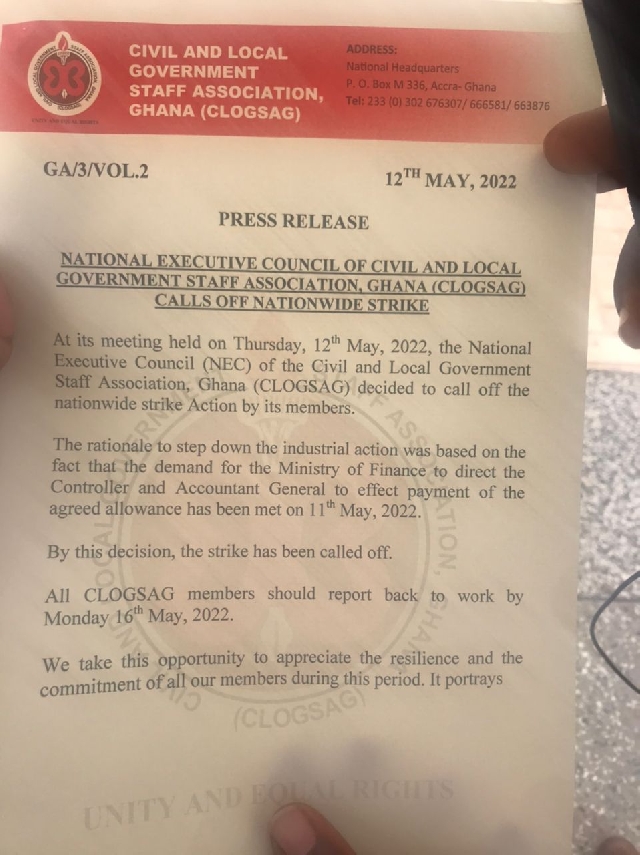