Citi FM raid: I'd've been shot were I the CEO – Ken Ashigbey 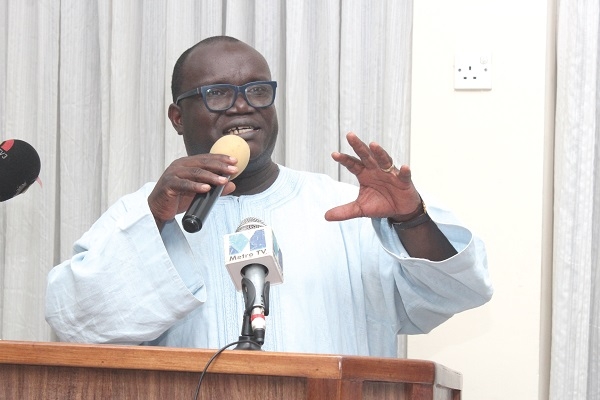 The CEO of Ghana Chamber of Telecommunication, Dr Ing Kenneth Ashigbey has said national security operatives who stormed the premises of Citi FM to arrest a journalist, Zoe Abu-Baidoo, would have shot him were he the CEO of the media house.

According to him, he would not have allowed the security operatives into the premises without a warrant.

Also, he was not going to allow any of his staff to be carried away without a lawyer, Mr Ashigbey said.

“So, I think that at this particular point in time, it is very sad, as a country, [that] we are being exposed to this…” Mr Ashigbey said on news file on Saturday, 15 May 2021.

The former CEO of Graphic was reacting to the arrest of Caleb Kudah, a journalist with Citi FM for filming some abandoned state-acquired vehicles while at the premises of the National Security Ministry.

Mr Kudah said he was slapped repeatedly by the national security operatives who arrested him on Tuesday, 11 May 2021.

“They pushed me and I sat on the chair”, he told Citi TV, adding: “They slapped me from the back”.

“I was trying to appeal to them that they had beaten me enough but they were just slapping me from the back”, he narrated.

According to him, “I’ll be talking to another one and someone will just come and slap me from the back.”

One of the security operatives, Caleb noted, kicked him in the groin.