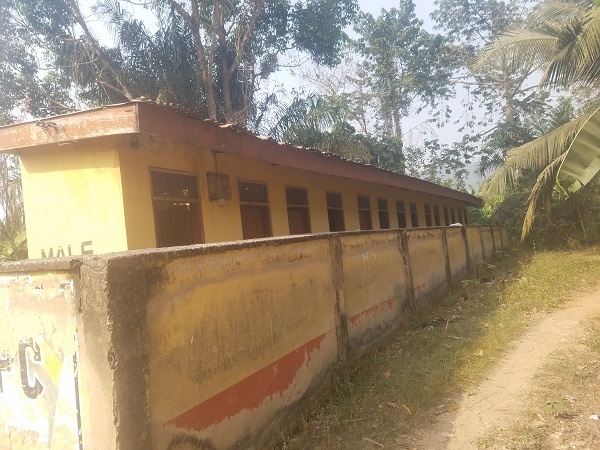 Residents of Kubease community, a suburb of Bosuso in the Eastern region at the Fanteakwa South district have been using a toilet facility that poses danger to them over some years now.

The public toilet which serves the whole of the Kubease community and some parts of Bosuso township has been left to rot without any maintenance.

As a result, open defecation has become normal in the community due to poor maintenance culture of the toilet facility.

Some of the dwellers in the community who spoke to CTV's Kamal Ahmed stated that they boycotted the use of the latrine because there is nobody at post to clean the toilet daily.

A resident who lives close to the latrine said he always uses plastic rubber and dumps it into the bush after easing himself. This is because he is afraid he might be bitten by serpents when he uses the toilet facility, as it is situated in the bush.

According to him, “the toilet facility has cracks in it, which can be easily broken down by a heavy rain”.

Residents said they reported the case to the assembly member for the area and are yet to receive feedback from him.

They therefore appealed to non-governmental organisations and other stakeholders to help salvage the facility.

The toilet facility was constructed under former president Kufuor’s administration and it is one of the HIPC projects the community has benefitted from.