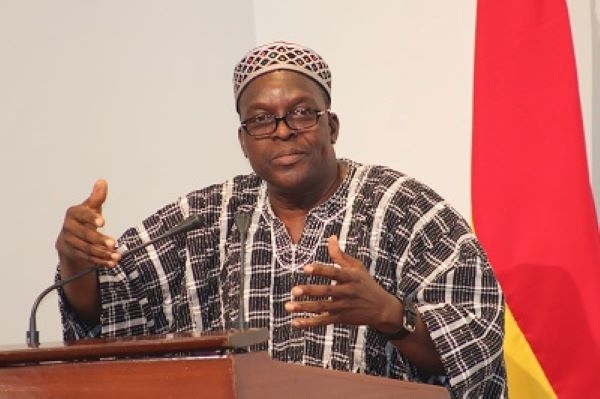 Speaker of Parliament Alban Bagbin has declined a request by the Ghana Police Service to release the Member of Parliament (MP) for Madina, Francis Xavier-Sosu to assist with investigations into certain alleged criminal acts that occurred following the protest in the Madina Constituency, led by the MP on Monday, 25 October 2021.

This was contained in a letter in response to a request made by the Police for the release of the MP by Parliament.

The letter, addressed to the Director-General of the Criminal Investigation (CID) Division of the Ghana Police Service, and signed by the Deputy Director of Legal Services of Parliament, Nana Tawiah Okyir said;  “I am directed by the Rt. Hon. Speaker to inform you that proceedings of the 3rd Meeting of the 1st Session of the 8th Parliament commenced on Tuesday 26th October 2021, and having regard to the limitations of articles 117 and 118 of the 1992 Constitution of the Republic, he is unable to release the Member of Parliament as requested in your letter.”

According to the letter, Speaker Bagbin has referred allegations of breach of Parliamentary privilege by some personnel of the Ghana Police Service to Parliament’s Privileges Committee.

“The Rt. Hon. Speaker of Parliament further directs that I refer you to the provisions of article 122 of the 1992 Constitution and to inform you that on Wednesday the 27th October, 2021 he referred to the Privileges Committee of Parliament, allegations of breach of parliamentary privilege and contempt by ACP Isaac Kojo Asante and ACP Eric Winful of the Accra Regional Police Command and the Adenta Divisional Command respectively,” the letter stated.

The letter also indicated the Speaker’s expectations of the Ghana Police Service to “conduct its investigations mindful of the provisions Articles 117, 118 and 112.”

Mr Xavier-Sosu led a demonstration a few days ago which resulted in a road blockade in his constituency.

He accused the police of manhandling him in a first failed attempt to arrest him.

He, subsequently, petitioned the Speaker of parliament over the matter, who referred it to the Privileges Committee.