Help us flush out criminals – Police to Fulanis 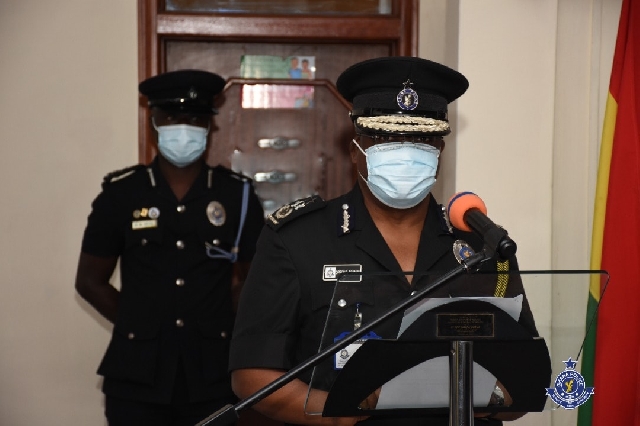 The Deputy Savanna Regional Police Commander, DCOP Larbi, has called on Ghanaians especially, the Fulani communities, to volunteer information to the police to help mitigate crime within the country.

According to him, the police are friends of the citizenry and vice versa.

Touching on the current happenings, Mr Larbi said the security agencies will bring down those perpetrators and deal with them according to law.

He appealed to Ghanaians to have faith in the security of the country and help the police to fight crime.

Mr Larbi made the comment during the heads of security agencies meeting in the Savanna Region between the police, immigration, military, BNI, chiefs, Tabitaal Pulaaku International among others at Damango.

According to him, the police is ready to ensure security and sanity within the region and the entire country.

He further urged Ghanaians to avoid politicising and tribalising issues of crime.

DCOP Larbi commended Tabital Pulaaku International for such a meeting and advised Fulanis to report cases such as kidnapping, robbery, murder, among others within their communities to the police, so, they can flush out the bad ones in their midst.

He also said Fulanis are not known to be criminals but the few bad nuts among them are tarnishing their image.

He, therefore, urged them to support the police and provide information to enable the law enforcement officers to arrest criminals among them.

For his part, the deputy head of Immigration for Savanna Region M K Aboah said they have been given a directive to control the country’s borders to check the movement of cattle from neighboring countries and they are obligated to abide by the rules and regulations instead of using unapproved roots.

The General Secretary of, Tabital Pulaaku International Ghana chapter, Mr Musah Barry also appealed to the Immigration and police commanders to talk to their men who are at barriers to stop harassing Fulanis who are having their Ghana cards and voter ID cards especially at Bole to Wenchi.

According to him sometimes the police arrest, handcuff and maltreat them for hours and take money before releasing them.

“As Fulanis, we the executives of Tabital Pulaaku are very much concerned about all issues concerning our people particularly with regards to security. The issue of security when it comes to Fulanis is a labyrinth, a maze without any outlet, or so it seems. We're so worried about some of the issues we've been hearing.

“Kidnapping seems to be a new phenomenon among a few misguided Fulani youth. Abducting rich Fulanis and holding them for ransom. It is high time the agencies clamped down hard on these deviants.

“We are ready and willing to assist in any way possible,” Mr Barry said.

He continued: “Another unfortunate issue that has been brought to our notice is the infiltration of Fulani renegades from Burkina Faso and beyond. It seems some of our people here have become conduits and accessories to the infiltration into our country of these criminals.

Again, we urge the immigration service and other security agencies to assist us in rooting out these miscreants.

“We would also continue to educate our people about the need to desist from such acts and want offenders to be punished to serve as a deterrent to others while we encourage the law enforcement agencies to desist from tribal profiling Fulanis.

“We hear of incidents where Fulanis are singled out for harsh and unwarranted treatment even on public transport. We also hear of Fulani motorists undergoing unfair treatment at the hands of the very people who have sworn to protect the rights of the citizens.

“We the leaders, of the Fulanis condemn such acts without any equivocation.”