Issue disallowances, surcharges for irregularities in your reports – OG to A-G 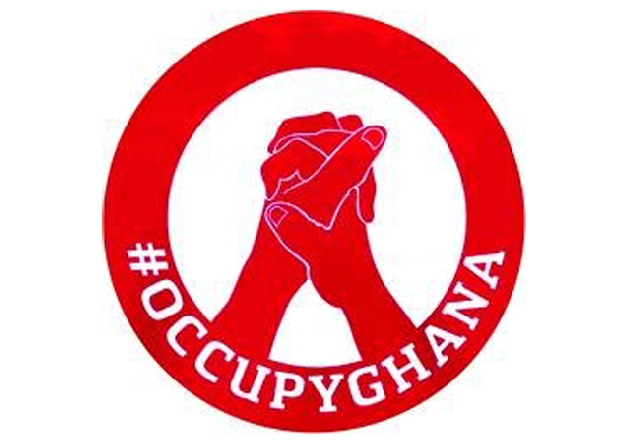 Pressure group OccupyGhana is demanding that the Auditor-General issue disallowances and surcharges for irregularities disclosed in various audit reports.

The group in a letter to the acting Auditor-General, Johnson Akuamoah Asiedu reminded him of the 2017 Supreme Court judgement which affirmed the power of the Auditor-General to issue surcharges and disallowance after its audits.

Occupy Ghana explained that failure to disallow and surcharge is a blatant contempt of the Supreme Court, thus, the need for the A-G to crack the whip immediately as they argue that the Auditor-General does not have any discretion in the matter once irregularities have been cited.

Below are details of the letter

Office of the Auditor-General

DEMAND TO ISSUE DISALLOWANCES AND SURCHARGES

We write to demand that you forthwith issue disallowances and surcharges to all persons you have identified as having been either engaged in or responsible for the illegal use of government funds in your 2019 and 2020 Audit Reports. This is because you are bound to do so, and any omission constitutes both contempt of the Supreme Court and a high crime under the Constitution.

The Reports are replete with ‘irregularities’ that have led to the loss of huge amounts of government funds, which article 187(7)(b) of the Constitution calls (i) ‘expenditure which is contrary to law,’ (ii) sums ‘not been duly brought into account’ and (iii) ‘loss or deficiency [through] negligence or misconduct.’

Sir, once you determined these had taken place, you did not have any discretion: you must disallow and surcharge. In 2017, the Supreme Court held in OCCUPYGHANA v ATTORNEY-GENERAL, that the exercise of your power to disallow and surcharge is ‘mandatory, and no longer permissive,’ and could no longer be ‘at the whims and caprices of the Auditor-General.’

That is why we are disappointed that although your Reports identified breaches, you have largely dithered on both the exercise of your powers and your compliance with the mandatory injunctions of the Supreme Court by (i) merely threatening to exercise the powers, without actually exercising them, (ii) making bare recommendations, and (iii) inexplicably deferring to others by asking them to exercise your powers.

You cannot return to the pre-2017 regime where successive Reports contained a similar litany of plain theft of government funds, yet Auditors-General were content to make impotent recommendations that no one regarded, followed or enforced.

The Supreme Court, to ensure that we do not slip back, (i) made specific, binding consequential orders or directions that require that you ‘SHALL TAKE STEPS TO RECOVER’ funds spent or lost, and (ii) ordered the Attorney-General to also ‘TAKE ALL NECESSARY STEPS TO ENFORCE THE DECISION OR STEPS TAKEN BY THE AUDITOR-GENERAL.’

Thus, each omission to disallow and surcharge by you is a blatant contempt of the Supreme Court. It is also a ‘high crime’ under the Constitution because article 2 says you ‘SHALL DULY OBEY AND CARRY OUT THE TERMS’ of the Supreme Court’s consequential orders or directions, and that your ‘failure to obey or carry out the terms of an order or direction made or given… CONSTITUTES A HIGH CRIME.’ The punishment for each high crime is imprisonment of up to ten years without the option of a fine, followed by a ten-year ban from being elected or appointed to any public office.

Based on the foregoing, we demand that you immediately issue disallowances and surcharges for each instance where the Reports found and disclosed ‘irregularities.’ We are copying the Attorney-General in this letter, to put him on notice that when you have complied, we shall require him, in line with the same injunctions, to take the enforcement steps that the Supreme Court ordered and directed.

This is the least that the people of Ghana can expect from our Auditor-General and Attorney-General.

Yours in the service of God and Country

The Speaker of Parliament

The Attorney-General & Minister of Justice

Office of the Attorney General