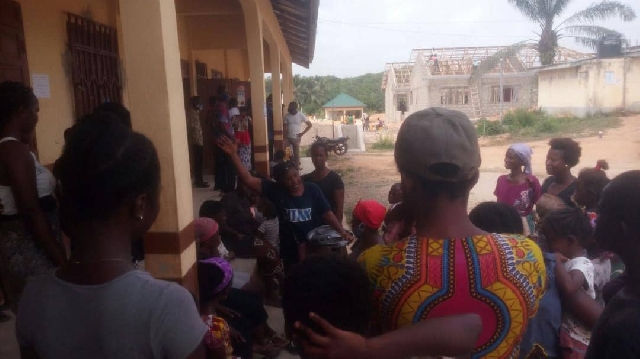 The demonstrators chased away the Ghanaian school pupils

Ivorian refugees resident at the Egyeikrom Refugee Camp in the Komenda Edina Eguafo Abrem (KEEA) Municipality of the Central Region, on Tuesday, 23 February 2021, demonstrated against the school authorities of the Camp’s M/A Basic School over the disappearance of a 16-year-old female pupil, Djela Cyntiche.

According to the residents of the camp, the Junior High School 1 pupil went missing due to the negligence of the school authorities, since, according to them, she reported to school on the day she went missing on Tuesday, 16 February 2021.

The majority of the demonstrators were clad in black, with some wielding gallons and sticks.

They chased away the Ghanaian pupils from the school when they reported for classes on Tuesday morning.

Some also gathered at the entrance of the school chanting, dancing and yelling at the school teachers to bring back the missing girl.

One of the demonstrators, Enoch Doh, told Class91.3FM’s Central regional correspondent, Kakra Abrowah, that they are holding the school authorities responsible for the disappearance of the girl, as she was in school before going missing and blamed the Police for not acting swiftly.

“If the police had shown interest in the case, the victim would have been found by now. How do you just give a piece of paper to a stranger whose daughter is missing, to go and search for her? He is a refugee, where does he know in Ghana? Which radio station does he know? And you’re sitting in your office and telling the stranger to go and look for his daughter.

“Today is eight days and no information and you want us to allow the Ghanaian children to study alone? No way. Today we have told our children not to come to school until we find their colleague that's why they're all here demonstrating with us,” Mr Doh stated.

The teachers of the school declined to speak to the media but asked the Ghanaian pupils to go back home.

Sources however reveal that the missing girl although reported for school on that day, left the school premises before classes commenced. 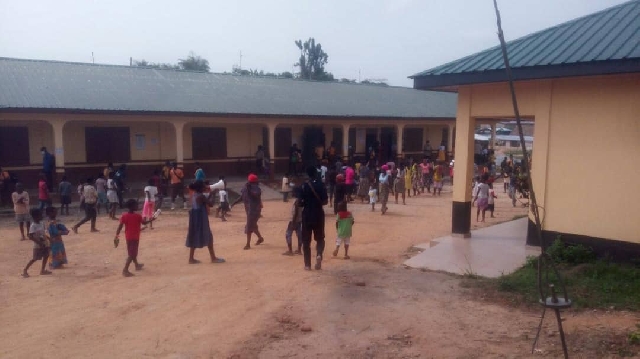 Also, the class register showed the last time the girl reported to school was on Monday, 15 February 2021. 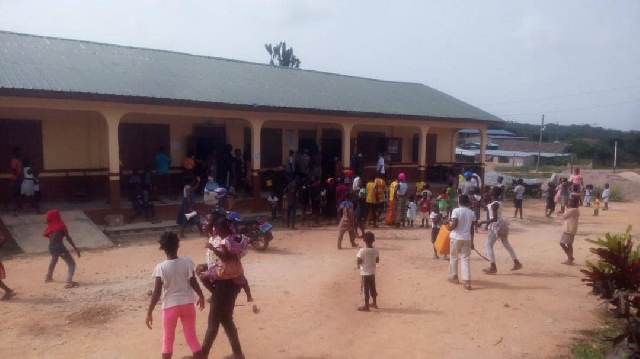 The demonstration lasted for about 7hours.

It took the intervention of the KEEA Municipal Police commander, the United Nations High Commission for Refugees (UNHCR) representative and the Circuit Supervisor for the Ayensudo Circuit to calm the demonstrators down.

Earlier, the father of the missing girl, Desty Djela, told Class91.3FM’s Correspondent that his daughter left home on that Tuesday for school but never returned home.

Mr Djela noted that when his daughter did not return from school on that day, he tried finding out from her classmates if they had seen her, and was told she had been in school that morning.

She, however, left her school bag and books in the classroom but never returned.

He, therefore, reported the incident to the Camp’s Office of the Ghana Police Service the following day and was issued with a Police extract to be sent to radio stations and Information centres for announcements to be made in relation to his missing daughter.

He bemoaned the inability of the Police and School authorities to help him find his missing daughter.

Meanwhile, the Municipal Police Commander, DSP Bansah, has assured that efforts are being made to find the missing girl.