LGBTQ+: You're ignorant about what you're fighting for – Foh-Amoaning tells '18 apostles' 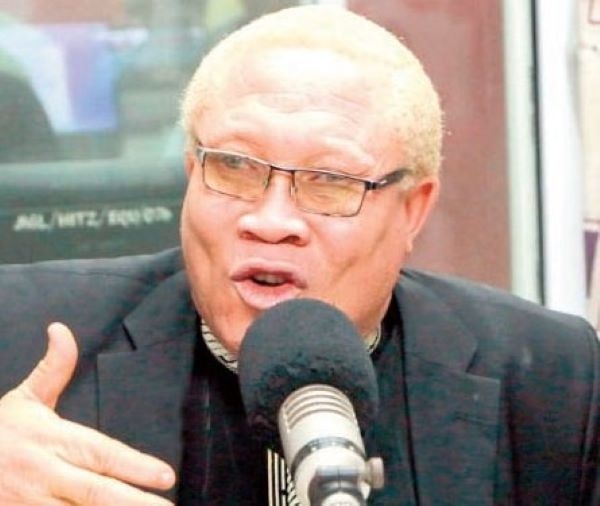 One of the strong promoters of the anti-LGBTQI+ bill, Mr Moses Foh-Amoaning, has wondered if colleague legal practitioner Akoto Ampaw and his cohort of renowned professors and academics opposing the bill, even understand the full meaning of the abbreviation they are fighting for.

Mr Foh-Amoaning, however, said he doubts the 18 ‘apostles’ really know what they are doing.

“A handful of them, I guess, can do so, yet these are the people pushing for the rights of the people whose activities they hardly understand”, Mr Foh-Amoaning said on Thursday.

“I wonder if my learned colleague, Mr Akoto Ampaw, can tell the full meaning of the letter ‘P’ in the LGBTQIIP”, he teased.

He explained that the plus in the abbreviation means the promoters of LGBTQ+ sexuality intend to be adding more deviant sex lifestyles.

To him, LGBTQ+ is an amalgamation of deviant sexual behaviours and not a right, as the 18 professionals have made some Ghanaians believe.

“If my colleague lawyers among the 18 professionals care to know, the ‘P’ in the abbreviation stands for pan-sexual, since they desire to have sex with inanimate and animate objects”.

Pan-sexuals, he noted, do not mind having sex with animals as well as objects like common bread.

“Where in the world will one describe this act as a human right”, he bemoaned.

“The 18 professionals should be able to tell us what the rights of these people are before they can be considered as part of the bill”, he demanded.

As a country, Mr Foh-Amoaning said: “We can only enforce the rights of people we know but the rights of LGBTQ+ is unknown in the Ghanaian setting”.

“It is no wonder the promoters of LGBTQ+ activities are scholars from reputable universities like Harvard and Oxford among others across the world. These are powerful people in academia and the media”, he told Accra-based Happy FM on Thursday.