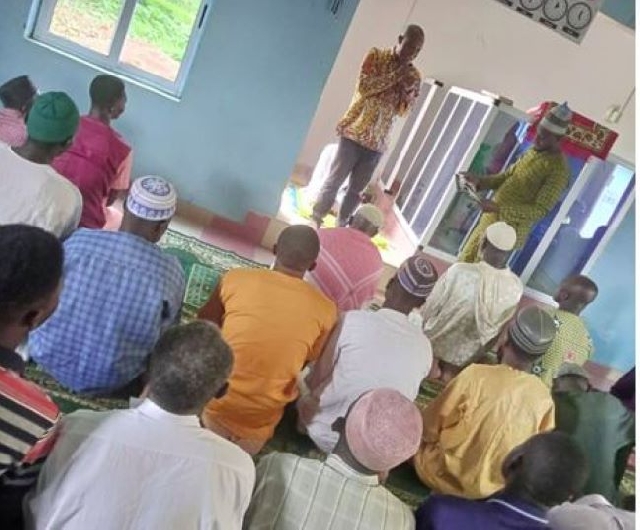 The National Commission for Civic Education (NCCE) in the Upper West Region is engaging Muslims on the need to be security conscious in the wake of threats of terrorism.

The Lambussie District Director of the NCCE, Mr Ganvu Paul Kwame, visited the district central mosque to engage the worshippers in that regard.

He said although Ghana had enjoyed sustainable peace and stability for several decades, the growing insecurity in the West African sub-region and the emerging trends of security threats from terrorism and extremist activities have diverse implications for the country's stability.

Mr Kwame admonished the worshipers to report any suspicious character to the security agencies to avert threats of terrorist activities creeping into the Sub-Region.

The Commission’s District Director asked the worshipers to check the background of visitors they received thoroughly as most terrorists camouflage themselves as visitors and carry out their activities unaware.

He also advised them to install CCT cameras in the mosque and form a watchdog committee in consultation with the Police as measures to curb crimes in their communities.