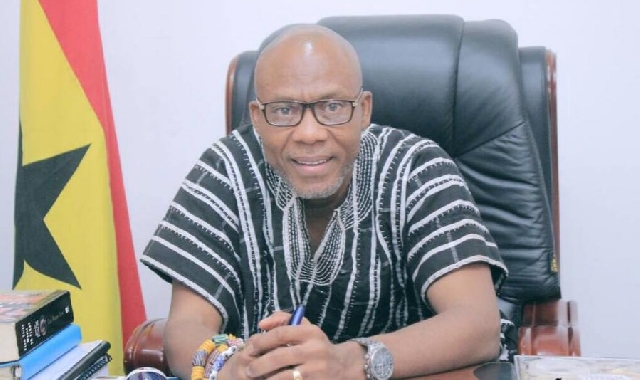 The immediate past Metropolitan Chief Executive (MCE) of the Tamale Metropolitan Assembly (TMA) in the Northern Region has joined the race to unseat the incumbent General Secretary of the governing New Patriotic Party, Mr John Boadu.

Musah Superior, in a statement dated 15 December 2021, titled: ‘I Will Contest for General Secretary of the NPP’, said: “I have reflected on my contributions to the NPP since the days of Danquah/Busia Club in the 1990s through to the days the party was formed and launched in July 1992”.

“My decision to contest for the General Secretary position has been made even stronger by calls from the rank and file of the party on me to serve in that role. As a true, loyal and dedicated member who is desirous of serving the New Patriotic Party (NPP) in any capacity, I feel obliged to respond positively to the calls by the numerous party people across the country”, he said. 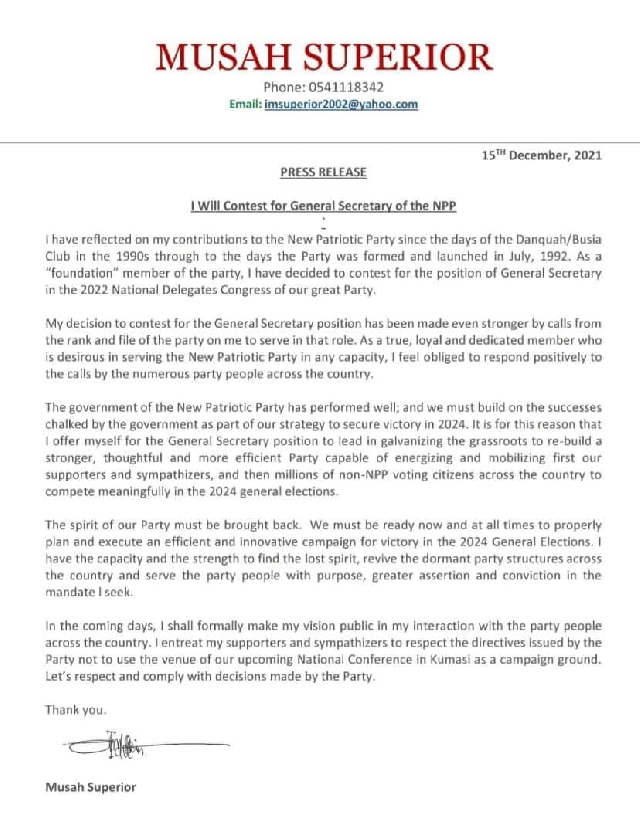