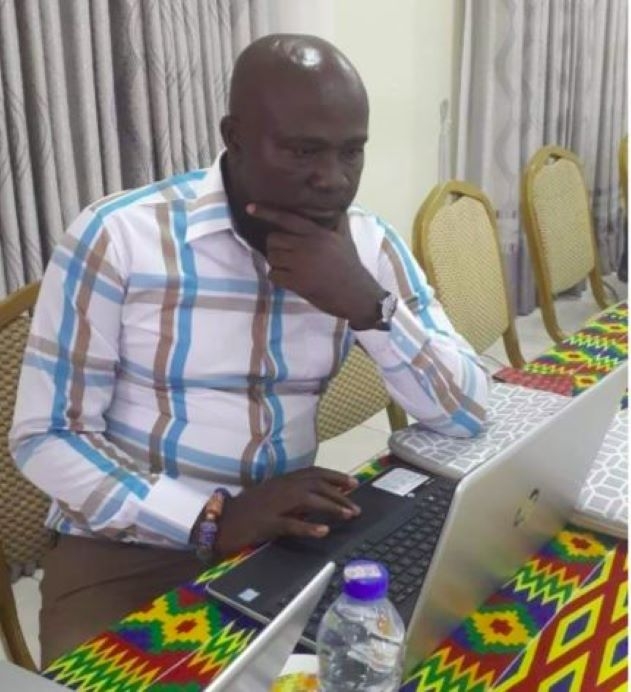 The Management of the National Service Scheme (NSS) has invited its Ashanti Regional Director, Mr Alex Opoku-Mensah for preliminary investigations after an audio of him insulting a nurse went viral on social media.

Mr Opoku-Mensah was heard in a viral audio dishing out insults specifically at the nurse in question and also at nurses in general. 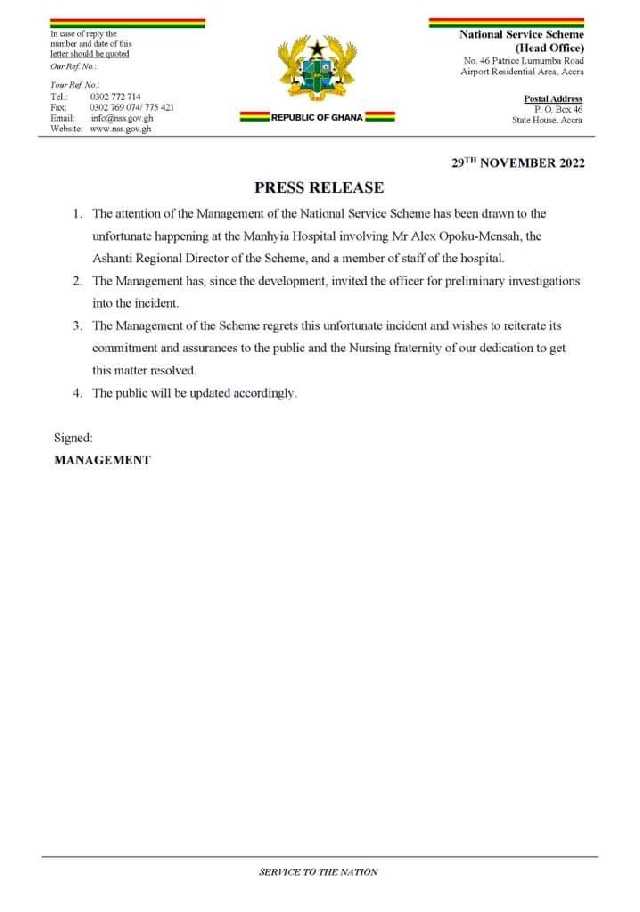 He went to the hospital to fight the nurse on behalf of his daughter after the nurse had questioned the house officer on an issue.

Mr Opoku-Mensah then followed his daughter to the hospital and was captured on tape insulting the nurse and threatening to mastermind her removal from the hospital.

The Ghana Registered Nurses and Midwives Association, in a statement, said they want Mr Mensah sacked in the next 72 hours or they will call on the nurses and midwives of the Manhyia District Hospital to lay down their tools, followed by the whole region and then escalate it to the national level.

Meanwhile, Mr Opoku-Mensah has apologised for his action.

The apology comes after the GRNMA called for his dismissal within 72 hours or they strike for disrespecting their member and nurses in general.

“I do apologize for any mishap and assure all, there shall not be a repetition of such.

“I look forward to maintaining a cordial relationship between any affected person.”